The last four BCS national champions have all come from the SEC, and the way the conference has played makes you think they must have a formula. There must be some way that they keep winning national titles.

How can a conference that’s so strong have so many teams rising and falling at the same time? 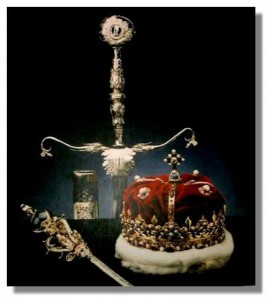 Florida and Alabama are the royalty of the SEC. Right now, everyone wants to go to Florida or Alabama (unless their daddies went somewhere else.)

However, there are only so many scholarships to go around. The next tier of teams would be schools like Tennessee, Georgia, Auburn, LSU, and maybe Ole Miss.

They pick up a ton of good players that get passed over by Florida and Alabama. In fact, they have kids who would easily start at just about any other school in the country. That’s the SEC for you.

Then you have Vanderbilt and Mississippi State sitting at the bottom of the conference. They get some good players, but the programs have been marred for so long that it’s hard to stay relevant for more than half a season.

That leaves South Carolina to snag all the players that want to buy into old ball coach’s scheme, and it’s working this year. I wonder why.

Everybody Gets a Shot

If you will jump on someone’s else’s misfortune just once you can make it in the SEC. Georgia is down. Florida is down. Tennessee is way down. That leaves South Carolina to pick up the pieces. They stomped Florida at Florida this past weekend and put themselves in the SEC title game. That’s all they had to do. One game for a shot at Atlanta.

This is how it works in the SEC. You make one wrong move and you’re out. You’re rival makes one right move and they’re in.

Now, South Carolina is in a position to beat a potentially undefeated Auburn team for the SEC title and destroy the pretty BCS picture we have now. Wouldn’t that be a mess?

They Stack The Deck 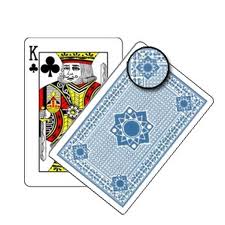 If you’re in the ACC or Big 10 you look around the BCS landscape every year and see teams from the SEC everywhere.

The current BCS standings have LSU at number 5, Alabama at number 11, and Arkansas at number 13. Dig deeper and you see South Carolina at number 17 and Mississippi State at number 21. That’s a lot of SEC in the top 25.

That leaves very little room for the ACC, Big East, and non-automatic qualifiers to move. They have to sneak in past hoards of SEC teams just to get relevant.

Think about it. South Carolina could beat the number one team in the BCS in the SEC title and they wouldn’t be close to the top of the BCS. But, LSU is, and LSU would get the benefit of that win more than South Carolina would.

Just think of the SEC like a NASCAR team. Driver X pushes Driver Y ahead of Driver Z for the good for the team every weekend. These football teams are no different.

Is There a Place For Everybody Else?

Given that a poll is still factored into the BCS formula you have to assume that it’s going to be hard to break the SEC’s grip on things. They have voters on their side.

The average voter just thinks, “Well, that’s an SEC team. Let’s vote them up this week.” That same wisdom works in reverse. “Well, they lost a conference game in the SEC. It isn’t a bad loss.”

If we ever take the polls out of the equation we might start to see more wiggle room in the standings, but the human factor gives the SEC an advantage.

Even so, we don’t know how the “computers” are programmed. They could easily be slanted to the strength of the SEC — giving the SEC an advantage. Who knows? Maybe the whole thing is biased in favor of the SEC right now.

That means that weak conferences like the ACC and Big East don’t stand a chance. They don’t enough good teams to make a difference.

Non-AQs like TCU, Boise State, and Utah would have to win every game by 80 points to even make a dent. That doesn’t even take into account the fact those teams almost NEVER play good non-conference opponents. There could be room for them, but it’s not evident.

Who Am I Taking?

If I had to guess I’d say that Auburn sneaks by Alabama in the Iron Bowl and South Carolina gives them a scare, but Auburn wins and they go to the BCS title game. That leaves Auburn to play Oregon in the BCS title game. It’s not perfect, but it’s as close as we’re going to get to perfect.

Sure, Boise and TCU will get left out of the picture, but if look at the intense depth of the SEC you can’t deny Auburn a shot at the title. How could you?

In a shootout between Oregon and Auburn I’m taking Auburn. Why? Cam Newton. If he stays eligible there is no reason why we can’t expect him to run over a few Oregon defenders and pass for a couple scores.

The Auburn defense makes one crucial stop and we’ve got our fifth national champion in a row from the SEC. See how easy that was.

You can make an argument for Oregon, but that would be counter to what we already know. The SEC runs this house, and there isn’t a thing anybody can do about it.