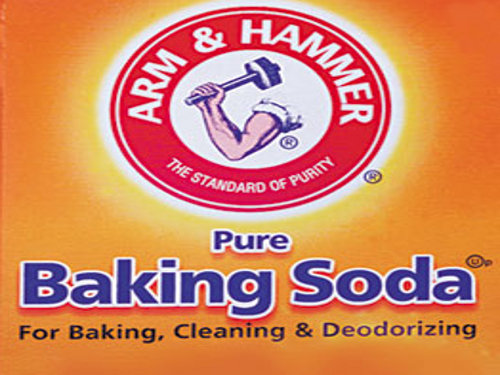 From bee stings to blemishes, from cleaning veggies to cleaning the colon, baking soda is cheap, easy to come by, and good for the planet as well as our bodies. While there are hundreds of practical and wonderful uses, today we’ll focus on the ways that baking soda is fantastic for the body both inside and out!

What Is Baking Soda? 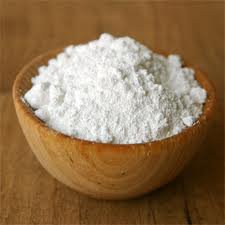 Also known as bicarbonate of soda, sodium bicarbonate, saleratus, or nahcolite, baking soda is a white crystalline powder. It’s chemical formula is NaHCO3, meaning that it’s made up of one sodium atom, one hydrogen atom, one carbon atom, and three atoms of oxygen.

Baking soda is slightly alkaline, making it great for light internal use (as it’s important for the body to be alkaline). It is also slightly abrasive, making it wonderful for cleaning applications of both the body and other surfaces.

It has already gained fame in popular culture as a leavener for baking and a great way to remove odors from the refrigerator, but relegating the white stuff to only such uses is truly tragic.

Please note that we’re talking about baking soda, which is easily confused with baking powder.  I remember which is which by recalling that “powder equals plus.”  That is, baking powder is baking soda plus other ingredients, usually cream of tartar and starch. 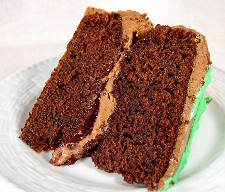 Perhaps the most obvious use for baking soda is in baking!  Though the amounts of it in any given recipe are small, the chemical reaction between a liquid, an acid, and the atomic makeup of baking soda creates carbon dioxide in your baked goods.  That CO2 is trapped in the batter or dough and creates air bubbles.  Think of how light and airy a good muffin should be — those air pockets are created by baking soda!

There are several other great kitchen uses, as well. If you’re out of meat tenderizer, just rub some soda onto the surface of your steak.  Be sure to wash it off after it does its job, however, as you probably wouldn’t want something so high in sodium on your dinner cut.

Too much acid in a tomato sauce for your liking?  Drop in a pinch of baking soda to help neutralize the pH a bit.  It’ll take the bite away and leave you with a nice mellow tomato flavor.

If you know me, you know that I love beans.  However, I don’t always love what they do to the digestive system, if you know what I mean. Adding just a bit of baking soda to the soak water will help beans cook faster and reduce the gaseous effects on the eater.

Other than eating soda in your foods, there are lots of good reasons to take it internally.  For example, when you’re struggling with heartburn and don’t want to take a nasty chemical to relieve it, just add one teaspoon baking soda to four ounces of water and chug.  It doesn’t taste great, but it really gets the job done!

If you struggle with urinary tract infections (UTIs), one tablespoon in a quart of water is a great help. Not only does it help to alkalize the body and therefore reduce the workload on the kidneys, it also helps neutralize the acidity of the urine, providing quick relief. 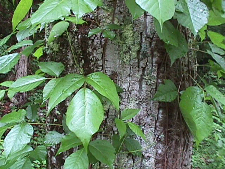 Baking soda is well known for its first aid applications. If you’re allergic to poison ivy like I am, pour half a cup into the bathtub along with some oatmeal and soak. This also works great for soothing sunburned or wind chapped skin!

Got a bee sting or a spider bite?  Mixing baking soda into a paste with water (and I’ve been known to use witch hazel instead of water for this) will take the sting and itch out, as well as helping to reduce redness a bit.

Now, I won’t get near enough to open water to experience this firsthand, but I’ve heard tell that it works exactly the same way for jellyfish stings.  Make a paste and apply to the sting, then bask in the comfort of relief.

If you’re congested, add one-half teaspoon baking soda and one-half teaspoon salt to your vaporizer.  Inhaling the steam will help break up phlegm.  As an added bonus, it will help clean out any hard water deposits your machine may have accrued, making this a super valuable tip when you’re sick.

Baking soda can be used in the mouth in a whopping three ways.  First, it’s amazing at keeping teeth clean and bright, so try brushing with it once in a while.  Because it’s mildly abrasive, it removes surface stains well.

Next, it’s great for gargling.  It freshens breath by reducing the pH of the mouth. Bacteria that are accustomed to living in the acidic environment of the mouth can’t survive the newly alkaline environment, leaving your mouth clean and fresh.

If you get canker sores, make a paste of soda and water and place it on the sore.  It’ll take the sting out and help the sore heal faster, again because it makes the mouth more alkaline, thereby allowing the body to focus on healing more than achieving an acid-base balance.

When you’ve got a blemish at a bad time (and when it it ever a good time for a blemish?), be sure to put some of that baking soda paste on the spot. When you wake up the next day, it should be significantly smaller, if not altogether gone. While you’re at it, just use the paste to give yourself a quick exfoliation.  Skin will be super soft and touchable for days!

If you’re on a low-sodium diet, be sure to talk with your health care provider before taking baking soda internally.  Because it’s high in salt (150 milligrams in one-eighth of a teaspoon), it can cause swelling, headache, and high blood pressure in those who are sensitive.

Ask your physician about how baking soda might interact with any medications you might be taking. While there aren’t any clear links to decreasing the effectiveness of your medications, there is some evidence that they’ll work less effectively while using baking soda as a treatment. That’s most likely because it can raise blood pressure and therefore pumps the medication out of the body faster, resulting in lost efficacy.

Whether you use baking soda to heal your urinary tract or to get rid of congestion, it’s cheap, safe, and easy to get your hands on. Give it a shot and see if your health doesn’t improve!