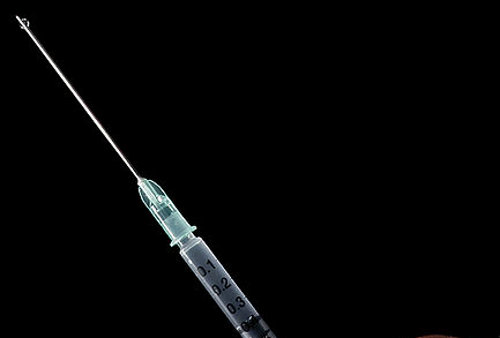 Tendon problems are a common condition in the United States, and not just among weekend warriors who hit the links or the courts on a regular basis or perhaps weightlifters putting too much metal on the rack. The impact of tendonitis can be felt in the workplace too.

Obviously, if you are suffering from this condition, you want to get cured quickly, whether it is to get back to a game you love or a job you need, but you might be surprised to learn that what you thought was a quick and simple cure might actually prolong the problem.

The most common tendon problem, though not the only condition afflicting the tendon, is tendonitis. You’ll know that you have a form of this condition if you feel pain and stiffness in the afflicted area and notice swelling. You won’t have free range of motion. Instead you’ll have a restricted area that does not cause you any pain, and you’ll discover the pain grows progressively worse at night and also in the morning. Tendonitis can be a painful injury, one that prevents from performing athletic activities or job duties that you would normally perform.

The initial reaction, of course, is to get something to stop the pain quickly and get you back into the game fast, and many people turn to cortisone injections as a means of a “quick fix.”

When people who are suffering from tendonitis become dissatisfied or impatient with the progress they are making in rehabilitating the afflicted tendon, some may turn to corticosteroids. Corticosteroids, according to www.medicinenet.com, are a  “class [of medications that] reduce inflammation powerfully. Examples of corticosteroids include prednisone and prednisolone (given by mouth), Solu-Medrol (given intravenously), as well as triamcinolone, Kenalog, Celestone, Depo-Medrol, and others (given by injection into body tissues).”

These types of medication are not pain relievers, though the corticosteroid shots do act in relieving painful symptoms quickly. Instead, by taking a Cortisone shot, you are acting to reduce the inflammation around the afflicted tendon, thereby relieving the pain you are feeling. Though injections can relieve pain for weeks, months, or even years, a recent study suggested taking a Cortisone shot may actually prolong the problems, lengthening the time of recover rather than advancing recovery. 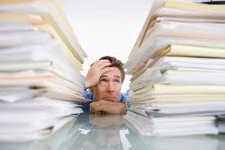 According to a recent study put forth by University of Queensland professor of sports physiology Bill Vicenzino, patients with tendon problems such as, say, tennis elbow, should be looking for more effective treatments and their physicians should be steering them in that general direction.

“There is a tendency for the majority (70-90 percent) of those following a wait-and-see policy to get better at six to 12 months,” said Professor Vicenzino in the report of his study. “But this is not the case with steroid injection – they tend to lag behind these time frames significantly.”

“Doctors should indicate that while these injections produce rapid improvements they are short lived in the majority of patients with a high risk of recurrence of the condition and long term poor outcomes compared to adopting a wait-and-see policy.”

Tendon problems in young people aged 20-30 and those in middle age (40-60) usually occur because of overuse, whether it is with a repeated activity in a sport, such as swinging a racket or club or throwing a ball, or through the repetitive physical nature of a job, such as a construction worker or someone on an assembly line.

Professor Vicenzino pointed-out that these problems are often difficult to manage with success and that “the condition was much more likely to return (64 percent) after corticosteroid injections than for a physiotherapy program of mobilisation with movements and exercise.

“In general, tendon problems should not be injected without first having had a trial of exercise, which should be given two to three months to take effect.”

What Is the Suggested Treatment? 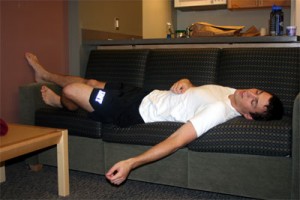 “Two to three months,” you say. “Are you kidding? I have to get back to work next week and that golf outing is next month.”

Well, next week might be a little premature but, according to www.itendonitis.com, with proper rest and rehabilitation, the pain from the affected area such subside in about three weeks. While the pain might start to lessen, the tendon needs at least six weeks to “form the scar tissue needed to fully repair the affected area.” Scar tissue will continue to form after that time period, and could still be forming even a year after treatment has begun.

As stated above, tendon problems are tricky and often result in a recurrence of the injury. The key, according to www.identonitis.com, is patience. Nearly 90% of all relapses occur when the patient has not allowed the injury time to completely heal, rushing back to work or to the sports activity before the tendon is ready to resume normal activity.

Impatience is also a main reason people seek out corticosteroids. The slow, tried-and-true methods did not work quickly enough so a shot that seems to cure the malady is tried to speed-up the process. Yet, you can help yourself through the problem without having a doc stick a needle in your tissue. 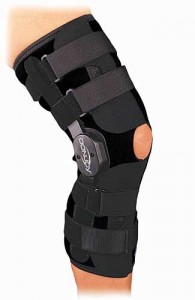 Whatever you are doing; throwing, swinging, working, stop. Do not continue the motion or you will find yourself in more serious trouble.

Yes, rest. That means no sneaking out to the courts or the links and, unfortunately, if the injury is work-related, you are going to have off the job for a recommended period of three weeks. Three weeks will not allow complete healing but it will be sufficient enough time to ease the pain associated with the problem.

You’ll want to brace the affected are to prevent further inflammation and strain, meaning a wrist brace, or an ankle brace, or a knee brace. If you don’t want to wear something cumbersome, a tight wrap would do.

During this resting phase, you’ll want to take something like Ibuprofen, or even a corticosteroid such as prednisone or something similar.

After three weeks, it will be time to re-evaluate how you are feeling. Are you still in pain? If so, it is recommended that you rest for another three weeks. If the pain is going away, you can start some further activity.

You can start with light resistance, whether it is through light weight training or resistance band workouts, along with stretching and some light movement. You can begin to get back to your normal activity, but don’t go gung-ho all at once. Use proper warm up and cool down methods before and after exercising.

Back to the Study

The University of Queensland study reviewed 2,672 patients with varying degrees of tendon problems to derive their conclusions. The Queensland study did not recommend any specific treatment options; the investigators saying they needed more time to study new methods or combinations of treatment, but Professor Vicenzio did make one recommendation clear.

“There is solid evidence that whatever passive treatment is used (such as injections, gene therapy, laser, mobilization with movements, etc.), it is likely to fail in the long term if exercise is not part of the management plan.”

So, before looking for that quick fix to get you back at it again make sure you have run the course of all available options, or you might find yourself on the shelf for longer than you had expected!