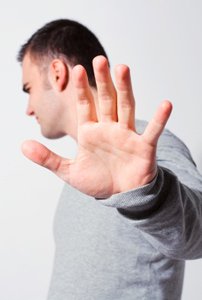 Roid rage is one of the more known side effects of anabolic steroids. Roid rage may depend on the types of steroids the user is taking, as well as the dosage. The main aspect that plays a part in roid rage is the users temperament before the user of anabolic steroids. Some believe, if a user is calm, mild tempered, before roid use, there is very little chance of experiencing roid rage. However, if the individual has a temper, gets angry easily, is known to ‘snap’, then roid rage is more likely to take place. A common name used is roid rager, or roid head.

Roid rage often shows up a lot on television. Whether it is in the news, movie, or a comedy making fun of roid rage and steroid use, it always seems to be the most talked about steroid side effect. However, roid rage is not as common as some think. Some believe all steroid users will experience roid rage, and it happens all the time. The truth is, the average steroid user should not experience roid rage. That being said, substances like alcohol will definitely increase the chance of roid rage.

Once again, any individual looking to take steroids, needs to learn about all the side effects that can happen. If someone regularly has a bad temper, they really need to think twice about using anabolic steroids. Not only may they danger themselves, but they could also put friends and loved ones at risk.

Here is a great scene from the steroid movie Bigger Stronger Faster. However, this scene was deleted from the final edit for unknown reasons. In the following scene, you will see opinions from a steroid lawyer, a dctor, a steroid researcher, a steroid expert, and a steroid user.