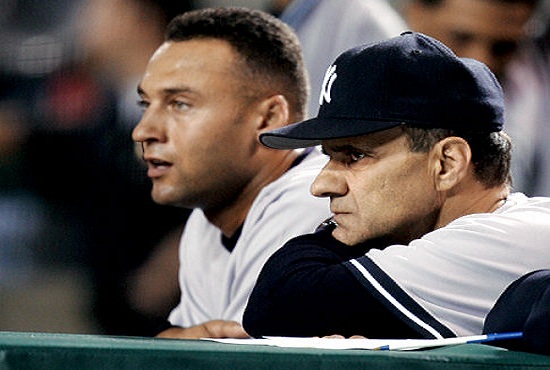 This week we start Sluggers and Slugs a little differently with a discussion on baseball ethics – was the Derek Jeter “hit-by-a-pitch” thing fair or foul?  Then we’ll talk about Joe Torre stepping down in Los Angeles.  Finally, we’ll take a look at the NL wild card race.

Name of the Game 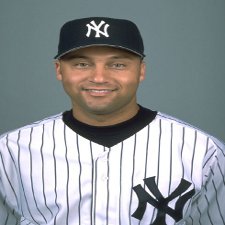 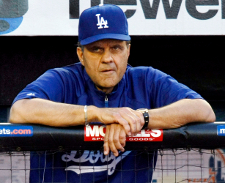 On 09/17/10 Dodgers Manager Joe Torre announced that he would be stepping down after the season and bench coach Don Mattingly would replace him.

This comes as no surprise to many considering the chaos that the Dodgers organization is currently facing.  The owners, Frank and Jamie McCourt, are currently going through a highly publicized divorce.

The reason the divorce is so intense is because it is unclear who owns the team and how much of it they own.  During this trial information has trickled out about how it is even possible that they purchased the team in the first place.

On top of that MLB did not thoroughly vet the McCourts. Now one of the most storied franchises in baseball history is a mess – sorry Dodger fans, but this is going to get worse before it gets better.

I am of the belief that Torre will manage one more time before he finally calls it a career.  I’m not sure if it will be with the Chicago Cubs, New York Mets, or maybe even a team like the Florida Marlins, but it will happen.

If Torre does take a job it would have to be under the right circumstances and for a team that can compete financially at the trade deadline.  Torre made it no secret that he wanted pitching for this staff and although they got Ted Lilly (and he pitched well), it wasn’t enough.

Torre’s time in Los Angeles should be viewed as a success, in my opinion.  He took a relatively young team to back-to-back NLCSs and couldn’t get by the Phillies – a team with better hitting and pitching. 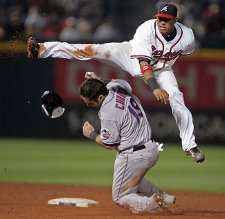 The Atlanta Braves and Philadelphia Phillies start a three game series Tuesday night.  The Phillies have a three game lead in the NL East and the Braves have a 2.5 game lead over the Padres for the NL wild card.

This series has some great pitching match-ups, but it has to favor the Phillies as they’re sending all three of their best pitchers to the mound.  The Phillies increase their lead in the NL East.

I’ll support that prediction by pointing out the fact that the Phillies get to stay at home and play the Mets in a weekend series.  The Braves travel to Washington for a series against the Nationals.

Out west there are three teams separated by 1.5-games – the San Francisco Giants, San Diego Padres, and Colorado Rockies.  The Padres trail the Giants by 0.5 game, but they have the toughest schedule of the week playing the Dodgers in Los Angeles and then returning home to slug it out with the Cincinnati Reds.

The Rockies and Giants both start the week on the road against a couple of cupcakes.  The Rockies at Arizona for a desert battle against the Diamondbacks and the Giants at Chicago for a windy match-up against the Cubs.

Then the Rockies and Giants meet in Colorado for a weekend series that could decide the division.  We are going to find out if the Giants’ pitching can overcome the thin air of the Rocky Mountains.  My money is on the magical September bats of the Rockies.

Be sure to come back next week as we preview the final week of the season and take a look at the highlights from the 2010 MLB season in Sluggers and Slugs.