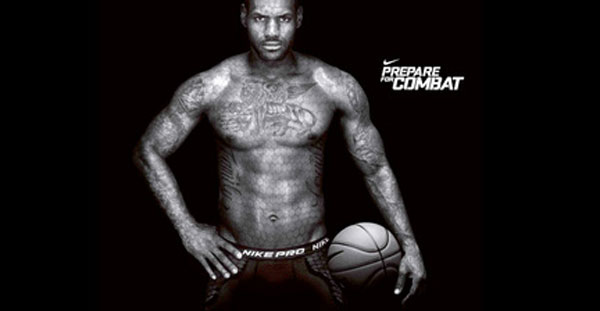 Isn’t Nike in the business of selling sneakers and athletic gear? Nike has managed to conquer the globe with its products and leaving its signature Swoosh everywhere.

They also happen to be a world-wide leader in image resurrection with their latest venture being the new LeBron James commercial, “What should I do?” Again this is Nike showing us their prowess in the public relations ring.

Nike’s leading man took a huge hit in his fairing with fans after deciding to leave the Cleveland Cavaliers for the Miami Heat — mostly in the way he made his “decision” to leave the Cavaliers.

The latest commercial featuring James attempts to rationalize how hard his Miami decision was and to make the average fan feel some sort of sympathy for his dilemma. They also made attempts to bring humor into play with a Miami Vice reference featuring a Don Johnson cameo, taking a bit of pink doughnut and saying, “What’s up Chuck?,” with James reading a soulful poem.

In the past, Nike has also used their powers of persuasion to rehabilitate other superstars after poor choices they have made. Most recently, they were a PR machine for Tiger Woods after his long list of transgressions was highly publicized.

If we go back even further to 1993 we have the famous, “I am not a role model,” by Charles Barkley. You’re right Sir Charles, you have been anything but a role model the majority of your life, yet people still love you.

Let’s take a deeper look at these commercials as go from my least favorite to favorite and discuss what I think they tried to accomplish. Be sure to leave a comment or contact me on Twitter 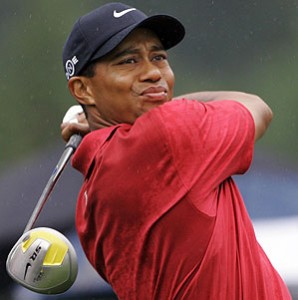 This past year, after all the skeletons came tumbling out of Woods’ closet, Nike decided to release a commercial. The commercial was a shot of an expressionless Woods with the voice of his late father, Earl Woods, asking him introspective questions.

This is my least favorite of the three and will probably prove to be the least effective overall. The voice of his deceased father actually came off as a little creepy. Also, in some strange way it felt like they tried to blame the absence of his father for the countless act of adultery he committed.

In the commercial the voice of Earl asks, “I want to find out what your thinking was, what your feelings are, and did you learn anything.”

According to rumors, Earl wasn’t exactly the ideal father during his time.  This leads me to believe that his thinking was, well my father did it to my mom so it must be ok. The only way we will be able to tell if learned anything is to wait for his actions over time.

What Shouldn’t I Have Done

At the end of the commercial he says, “Should I be who you want me to be?” No! You shouldn’t have been a douche-bag and should not done it on national television claiming it was for the kids.

When I saw this commercial I immediately went to the grownups’ playground (Twitter) and asked for reactions.

Overall I agree with Matt on his thoughts about the commercials and it probably did restore some of the fans who were torn by the way he made his decision – not anyone in Cleveland though. 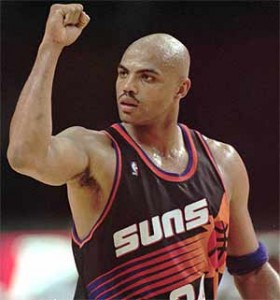 On behalf of all the responsible parents in the world, thank God you’re not. This is by far my favorite and I love Barkley and his crazy commentary on TNT, but he’s done a long list of things that disqualify him as my role model.

I was 10 years old when this commercial aired, and Barkley said something that was true for me then and still is to this day, “Parents should be role models.” My mother is and always will be the type of person I strive to be in life, and I believe more people could benefit from letting athletes be athletes.

I heard Barkley say a million guys can dunk a basketball, does that make them role models? No. What make some people look up to him is what he achieved in life.

I believe it’s ok for our youth to desire to reach the high levels of their favorite athletes, but we have no idea what their core values are. If you have no idea what a person stands for other than the shoes they wear on their feet, you shouldn’t be modeling your life after them.

This commercial was filmed in ’93, two years after he spit on a little girl by accident in ’91. Almost 20 years later Barkley has lived through many more faults and is one of the most beloved analysts in basketball.

The Genius of Nike

Nike puts the cliché saying, “When life hands you a lemon, make lemonade” into full effect when their biggest endorsees give them lemons. Many of Woods’ sponsors couldn’t run away fast enough, but Nike never budged and they will benefit tremendously from it.

Nike is in the business of making money and if all it costs them is a little loyalty, then for their biggest superstars consider it done. They take a bad situation and make it into a lasting image of conscientiousness, hope, or change from within the person. Now ask yourself why you’ve always wanted a pair of Nikes over any other shoe. Even if you didn’t buy them, you coveted them.

If Barkley, Woods, and James would have just never done it, then Nike wouldn’t have had to “Just Do It!”