How Sweet It Is

How Sweet It Is

Sugar.  It’s simultaneously everyone’s best friend and archenemy. Its sweetness is alluring, but its effects are alarming. One taste can literally be addictive.

For those of us who are interested in being as healthy as possible, refined sugar just isn’t an option. However, there are many alternatives that masquerade as healthier versions of refined sugar, which they emphatically aren’t, and some alternatives work well only in specific applications.

Today I’ve got the lowdown on sugar replacements that are easy to find and relatively inexpensive. 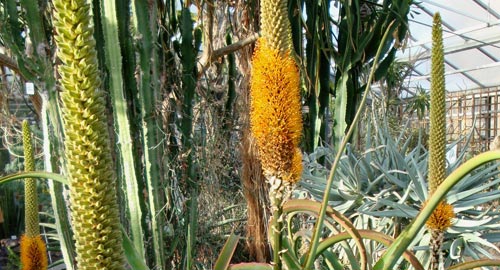 Agave nectar comes from the agave tequilana plant. Yep, it’s the same plant you get tequila from. You can also derive agave nectar from other species of agave and, though the process is somewhat different, the outcome is the same.

For my family, I prefer raw agave nectar. We use a brand called Madhava, which is significantly less expensive purchased from Amazon.com than local stores. I feel safer using this brand than others because it is certified organic. My family of five uses about one gallon per year.

A big concern with agave nectar is whether it is pure agave or being cut with high fructose corn syrup (HFCS). For that reason, be sure to stick with well-known brands.

There are two varieties that are most widely used, light and dark. Light is great because it has a light flavor, which adds more sweetness than flavor. Dark agave nectar tastes more like maple syrup. Because both varieties are sweeter than sugar, you can decrease the amount by 25-40 percent when replacing white sugar in recipes.

Agave nectar has a much lower glycemic index (GI) impact than sugar. Reports range from low to medium, so if you struggle to control your blood sugar, be sure to test often when switching to agave nectar.

Frankly, just about anything is better than white sugar, so if you’re transitioning from the Standard American Diet (SAD) to agave, you should notice positive benefits.

Great in cold beverages, cakes or on pancakes. I squeeze a teaspoon or so into my smoothie when my fruit isn’t quite ripe enough, too. Since it’s less viscous than honey, it doesn’t form a big lump in the bottom of your glass like honey can.

Doesn’t work well in cookie recipes because of the liquid content. Dr. Jospeh Mercola just posted an article that’s scaring people (www.drmercola.com). While I don’t agree with him about it being “worse than HFCS” (as I can tell how my body feels after eating each), I do think it should be used moderately, as with all sweeteners. 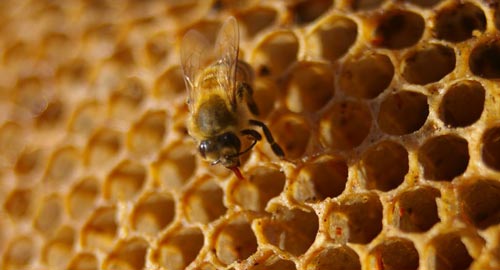 Frankly, honey is bee vomit. While it’s not glamorous, it’s been around for thousands of years.

I’m sure you’ve heard reports of Egyptian catacombs opened to reveal jars of honey that are still edible. Frankly, that’s amazing to me. Honey is antibacterial and has a low water content, making it suitable for long-term storage.

I love the range of flavors available in honey. Personally, I think wildflower honey is sort of gross because it’s too strong. For my family, I buy sage or tupelo honey by the gallon. We go through about two gallons per year in our baked goods (cakes and everyday bread).

For baking, I use in both bread and cakes. The slight caveat here is that honey causes baked goods to brown faster, and you need to adjust some for its liquid content. The general rule is to decrease oven temperature by 25 degrees F and decrease liquid in the recipe by 1/4 cup per cup of honey in the recipe.

This isn’t a foolproof method, and it’s still not a good way to bake cookies, but it works well in most recipes.

Honey is also wonderful in hot beverages and for a natural allergy remedy. One tablespoon of local honey per day can really decrease allergy attacks for some people.

Children under one year should not consume honey, as the possibility of botulism spores exists. The gut has not had time to develop its defenses and can be seriously harmful to infants. Introduce honey only AFTER one year of age!

The GI impact of honey is the same of that of sugar, though it is less processed and a little goes a long way.

Honey is not suitable for vegans, though an offshoot group of “beegans” will consume honey.

Maple syrup is, of course, sap from the maple tree. This is not the light amber grade A syrup, but instead a richer, darker distinctly more maple-y flavor that has vitamins and minerals.

The flavor and nutrition are exponentially greater than that of the grocery store counterpart, but it’s also a bit more difficult to find.

Stevia is not a sugar, but a non-caloric herb. It is best to buy the crushed leaves, because it’s raw. You’ll know that it’s the real deal because it’ll be green as opposed to white. Though I’ve never tried it, I’ve heard good things about the vanilla flavored stevia from iherb.com.

I stick with the powdered leaves, but for the small amount people use, I don’t have a problem with this substitution. I use stevia less than any other sweetener because it tastes strange to me in every variety I’ve ever tried. However, it has its place.

Diabetics can use stevia with negligible effects to their blood sugar, making it highly preferable to any other sweetener. It is up to 300 times sweeter than sugar, so it should be used in extremely small quantities.

I’ve not worked with stevia much myself, but I found a veritable treasure trove of recipes for its use.

You lose much of the volume of a recipe when substituting stevia. This is difficult to overcome in baking, but not a problem with liquids (such as tea and smoothies).