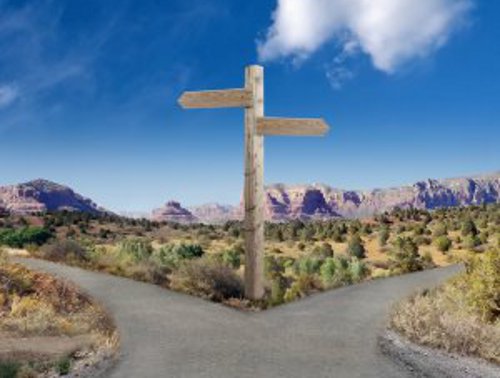 There are times when you don’t feel like being honest, because being honest feels like admitting failure (or what seems like failure, at least). Since my last update I’ve made the choices that I believe were the best for the baby and myself, but weren’t successful in terms of the scale.

This is a moment of truth for me, facing the proverbial music. I’ve never failed at weight loss before, and I’ve certainly never gained over a two week period. I’m pleased to sacrifice what I wanted for what my family needed, but that doesn’t make it less painful.

Little miss is six weeks old already, which is about the time you start to feel more human as a mom. She is on the tail end of a growth spurt that left us both exhausted, nursing every 60-90 minutes around the clock. Getting two hours of sleep in a row was a feat for both of us.

This wouldn’t seem so difficult, but I still have three bigger kids to mother, homeschooling to accomplish every weekday, as well as my work. Needless to say, I’m in a bit of a sleep deficit. Add to that the fact that it’s somehow, inexplicably, November already. We’ll be in Ohio for Thanksgiving and we’re then officially in the thick of the holidays.

In addition to the rigors of daily life, I’m trying to deal with my expectations not being met, a possible gym change, and the addition of Rolfing to my packed weeknight schedule. Inhale. Exhale.

*I got a new scale that weighs 3.2 pounds heavier than my old scale. Since it’s early in the journey, I decided to just use that number and allow this update to be skewed. My true weight gain for this period is 1 pound.

Deviating From the Plan

I spent ten days at the same weight, even though I was perfectly on plan with my numbers and exercising almost daily. One of the scary things about busting a plateau is knowing that you need to purposefully overeat for one to two weeks to give your body confidence that you’re not going to starve it any longer, but I needed to do it.

There were three days in the last two weeks that I ate over 3,000 calories in a single day. I tried hard to hit 2,000 each day, but I’m just not that hungry. The huge calorie days were those where I ate restaurant food and chose high-fat options after perusing the nutrition information.

I tracked my calories most days to see where I’d end up, and I hung out around 1,900. I really wanted to try to break 2,000 each day, but I was stuffed all the time as it was. The three high days brought my average up to 2,140 over the two weeks, but since two of those days were this week, it remains to be seen whether this gain is true weight or water weight from refined salt in restaurant food.

Last week I went to my first mat Pilates class in a year. It was an advanced class, which I usually take, but I shouldn’t have. My hip flexors were so sore afterward that I could barely walk upright for three days. That tells me my abs aren’t strong enough to support that kind of work just yet, because the hip flexors were doing all the work.

As for my fitness routine, I’m in a boring rut of running a mile on the treadmill, doing a mile on the elliptical, then cycling 3-4 miles. It’s solid cardio, but it’s boring as all get out.

I don’t want go all “the grass is always greener” on you, but I think I’m going to cancel my membership early and join a new gym. I’m at a weight lifting gym right now, and I thought that’s what I wanted. However, I need to get some cardio in right now, and I’m too bored to do it.

I need a gym with classes I want to take at times I’m able to attend, and that means a new place. I found one nearby with a pool, three times as many classes as my current gym, and child care. If the price is reasonable, I’m there as soon as the baby’s old enough to go in six more weeks.

I’m starting the Rolfing basic ten series next week to see if it will help my hip flexor pain and the constant tension in my neck and shoulders. I have high hopes for it and will certainly report on what it does (or doesn’t do) for me.

First, I have to give myself some grace when it comes to not reaching my goals in time. Barring a minor miracle, I won’t be down to a size 14 by Thanksgiving. I won’t be a 12 by Christmas either, unless my body decides to start releasing some major weight and fast.

Last time I didn’t start exercising until five weeks post-partum and held off on calorie counting until 12 weeks. I wonder if I jumped the gun a bit this time and whether I am suffering the consequences of doing too much too soon.

Today I’m back on my calorie cycle after a week off. If I don’t lose anything for the next two weeks, I’ll do another intentional overeat. I love instant gratification as much as the next girl, but this is really about the long haul. I need to set my metabolism up for success in the long-term, uncomfortable at this is right now.

I need to work on applying my mantra (“There is more to you than this.”) to my life outside of weight loss. I don’t have the luxury of singular focus this time around, and the truth is there is MORE to me and my life than weight loss! It’s a tough pill to swallow, that one, but necessary.

As the holiday season progresses, my goal is to lose weight. I’m doing what I can within the limits of what my baby needs, and we’ll see where I end up!