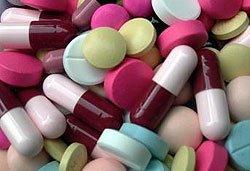 According to National Cancer Institute (NCI), excessive consumption of vitamins is linked to an increased risk of fatal prostate cancer. NCI study involved 295 344 men who were asked to give a detailed information about their vitamin supplements consumption. The study lasted 6 years, detecting prostate cancer in 10 241 participants.

Findings have shown that approximately the same number of men from each group – whatever their vitamin consumption levels – developed the disease. However, men who took multivitamins in excess (5% of participants) had higher risk of aggressive form of prostate cancer and death.

Since the participants took a wide range of vitamin supplements, the scientists say it is early to talk about specific biochemical mechanisms behind revealed patterns. Yet, the link between excessive consumption of vitamins and the risk of aggressive form of prostate cancer is obvious and calls for further studies.

Cialis And Bodybuilding
Old Dogs Can Learn New Tricks: Workout Routines For “The Expendables”
Secrets For Boosting Training Intensity and Testosterone Levels
How To Be a Bodybuilder