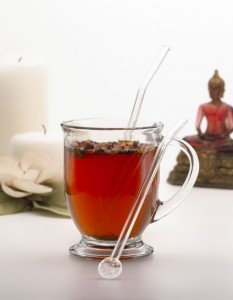 Revered by the British, a cup of tea is essentially their national dish**. Introduced from India a few hundred years ago, it took off in a big way. And while coffee tends to be more the drink of choice in this writer’s region, the US has a ton of regular tea drinkers.

The health benefits from tea are well spoken, even if their impact is not huge. They have been shown to help with glucose disposal, weight maintenance, cognition, stress and also have vascular protective effects. A study from Germany from a few years back found that this latter effect was prevented with the addition of milk to the beverage. This is appropriate for this article as a new study from the journal of Nutrition Research has discovered something similar – that adding milk to tea reduces the antioxidant effect.

Antioxidants are molecules that can prevent the oxidation (hence the “anti”) of other molecules. Oxidative reactions produce free radicals that can damage cells and cause numerous issues in the biochemical clockwork. While latest research has shown that some free radical activity is involved in the complex process of muscle damage, repair and growth sequence of hypertrophy, it is still an issue when it comes to general cell health.

The researchers, from Oxford Brookes University, UK (I knew this would be a British study before seeing it!!) found that “skimmed” milk (what we would call non- or low-fat milk) reduces the antioxidant capacity of tea significantly more than “semi-skimmed” or full fat milk. This suggests that the fat has a preservative effect on the antioxidants.

So, if you’re a health nut that drinks tea for the antioxidants, don’t add milk. If you just want to enjoy a hot drink, do what you like.

** I’m told that it’s actually another import from India – chicken tikka masala. I am not even making this up.