Do We Really Care If Colleges Pay For Players?

Do We Really Care If Colleges Pay For Players? 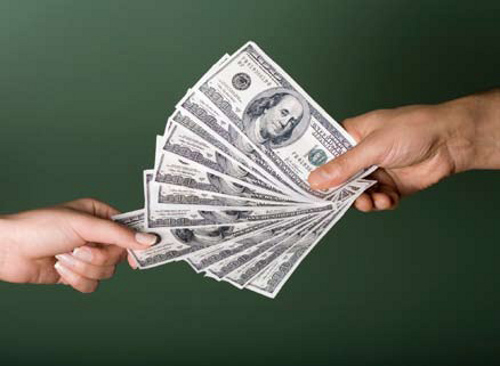 Look at the investigation into Cam Newton’s recruitment out of junior college and you see three things:

That’s boils down to just one question:  Do we even care if colleges pay for players?

I totally understand the kind of “wild west” scenario you could have on your hands if players were all being paid to secure their commitments, but we know there are dirty things going on already.  I understand that it’s horrible to manipulate kids with money.

I also understand that people still watch college football and no oneis surprised when a school is caught by the NCAA for rules violations.  I see stories like that on the ticker and I just glance right over it. It doesn’t even move the meter.

The only reason the Cam Newton story works in the news cycle is that he’s the prohibitive favorite to win the Heisman.  If he were just some kid who left Florida, played in junior college and was sort of ok it wouldn’t matter.

I Know It’s Not Equitable 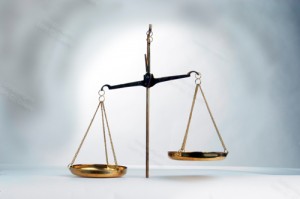 And neither is life.  How does the saying go?  ”The world wont care about your self esteem.  It will expect you to accomplish things BEFORE you feel good about yourself.”  This isn’t much different.

Some kids are gifted and talented.  They are gifted athletes and they get praise heaped on them for their athletic prowess.  That’s just the way it is.  Wishing you were 6’4″ 225 lbs is just stupid, it isn’t going to happen.

Hating those people who receive benefits because of natural ability is just dumb.  We don’t care if you feel bad because you aren’t Cam Newton or AJ Green.  They can play and you can’t. That makes college recruiting inequitable.  Get over it!  The schools all want the best players.  They want to have all the talent in their corner.

That’s why I wasn’t recruited to play football out of high school. I can’t help the bottom line.

Sports make millions for colleges and they make more millions if they don’t suck.  So, it’s a business, plain and simple.  Education is second and we know that. The deck is stacked for money, business, and money.  Some players are going to be offered money because they’re so doggone talented.  I can live with that.

Kids who are computer geniuses get offered money to ply their trade — why can’t a college athlete?

Oh, that’s right, that’s different.  They’re getting a scholarship.  That scholarship doesn’t always cover everything and that player’s name and likeness are being exploited heavilyby the school.

Yes, they get all the fame and all the glory.  They also have to deal with people following them to class, and reporters constantly following them around trying to get another juicy story. Life ain’t fair, but neither is college sports.

Why Is Cam Newton Unique? 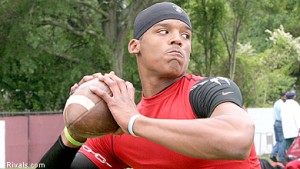 Cam Newton is unique because we have report after report that Cecil Newton (Cam’s father) told recruiters something to the effect of, “It’s going to take some cheese to get my son to come to your school.”

The gut reaction is, “Hey, he’s exploiting his own child.”  He may be, but what do we think the school is going to do with this kid’s name and likeness?  That’s right, exploit it.

Asking a university that makes millions in gate receipts and millions more in alcohol sales to pay some money to a star recruit is just smart business.  You’ve got the money.  We have the service.  Do you want it or not?

Can the boy play?  Yes.  Is he going to win the Heisman?  Probably.  Would this investigation ruin one of the most magical seasons in college football?  Yes.

Auburn is on the cusp of a berth in the BCS national title game.  Their best player, Cam Newton, will easily win the Heisman, and Auburn is ready for it. Distracting them because a parent asked a school with millions of dollars to pay his kid?  Not priceless.

Will Alabama step up and beat Auburn in the Iron Bowl and ruin this magical season?  Would Auburn even have a chance against Oregon’s offense?

I don’t know about you, but I’m salivating over the prospect of Auburn’s “We’ll let Cam Newton run straight over you” approach matching up with the “offense that scores a gazillion points.”

Isn’t that more interesting than a recruiting scandal?  I hope so, because I think some people have lost their way.  They want all the juice and none of the sports. 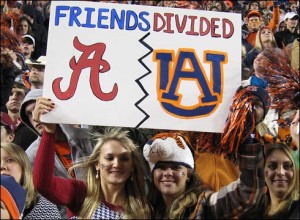 Who would Aubun get in the SEC title game, South Carolina?  What a disaster if the Gamecocks beat up on Auburn.  Georgia?  That would be like hell freezing over.

Moreover, how it is cool for T. Boone Pickens to build athletic facilities like they’re going out of style at Oklahoma State, but they can’t front a kid some cash?  Maybe the family is in a bad spot.

How is it ok for T. Boone Pickens to say he’ll subsidize Bill Self’s pay if he’ll just come to Okie State?  How is that cool?  You can let a booster pay off a fat coach who you’ll fire at the first sign of trouble, but you can’t pay a player who you’re going to exploit anyway?

I want to see good football, and the rest of the news makers want to see a scandal.  I’ll leave the moral policing to the pundits.  In the meantime, can I get a good game around here?