Beyond Steroids – Blood Doping for Strength, Speed and Power?

Beyond Steroids – Blood Doping for Strength, Speed and Power? 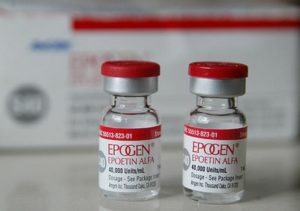 The anabolic-androgenic steroid “testosterone” and human growth hormone (hGH) will not be the only performance enhancing drugs that go undetected in Olympic sports involving strength, speed and power. These athletes will also engage in a variety of banned blood doping and blood boosting techniques as well at the 2008 Beijing Olympics.

Michael Ashenden, an anti-doping researcher at the Science and Industry Against Blood Doping research consortium, explains that endurance athletes like long-distance runners, Nordic cross country skiers and cyclists will not be the only athletes who benefit significantly from drugs like erythropoietin (EPO) that boost the number of red blood cells in the body thereby increasing oxygen transport (”Blood doping goes viral as cheats slip through the net,” July 31).

Ashenden believes changes in the way athletes exploit EPO mean that no sport can be above suspicion. “We used to think that EPO’s main application was to boost the performance of endurance athletes in competition, but we now know that as early as 2000 Marion Jones was using EPO in training. The fact is that it is used across the board, from the 100m to the marathon and even in team sports. Any sport that does a credible testing programme finds EPO positives, and those that do not are probably not testing hard enough.”

Andy Parkinson, UK Sport’s acting director of anti-doping, concurs. “The classic comment we get from sports that think they don’t have a problem is that there isn’t a drug for their athletes, but training and recovery is key in all sports and EPO can help with that.

“If you can find a substance that allows you to train to optimum levels and maximise your preparation off-season then it gives you an advantage. I would say there is a chemical for every sport out there. If a sprinter, for example, takes EPO they can train at a greater intensity, go for longer and get more out of [their] muscles, then they will benefit.”

And fortunately for athletes who use PEDs (but unfortunately for anti-doping agencies), there are a variety of blood boosting methods that are largely undetectable to the knowledgeable user.

It seems that anti-doping agencies are happy to assert that they are winning the war on doping while neglecting issues such as biogeneric/biosimilar erythropoietin (EPO) stimulating proteins (ESPs); blood oxygen carriers: perfluorocarbon emulsions (PFCEs) and hemoglobin based oxygen carriers (HBOCs); hydroxyethylstarch (HES/HAES); and before long, if not already, EPO-mimetic peptide (EMPs).

The elite athletes using PEDs are still ahead of the anti-dopers. History repeats itself. Surprise, surprise.