If you ask the average citizen, they would say we live in the land of the free. And, regarding freedom, we have clearly become more so over the past 50 years (with, perhaps, a nod to the Bush-era infractions); issues like institutional racism, sexism, etc… are less prominent than ever before (though they’re still an issue). We, average citizens, profess to believe in the idea that we are innocent until proven guilty.

But even in this enlightened age, the Applied Pharmacy steroid case seems to contradict that last statement.

Applied Pharmacy was registered in the state of Alabama, was fully licensed & accredited, and most importantly, operating a legal business The mainstay of this business was compounding different types of testosterone for Hormone Replacement Therapy, based on prescriptions that were issued by licensed physicians. They also compounded Suboxone, a new drug that is used for for the treatment of mild to severe opiate dependency, and also used for pain management; it is also drug that can make you sick if an opiate enters your system.

In 2006 Applied Pharmacy, and a few similar Pharmacies were raided by DEA agents. The agents charged into Applied Pharmacy (once again, a legal business) with guns drawn as if they were raiding Tony Montana himself. I know the agents need to err on the side of caution to protect themselves, but in this case against what? Hard working honest citizens? Pharmacists/arms dealers? If the pharmacy were not on the up and up, then they should have never received licensing from the state – licensing they maintained even throughout the DEA’s actions.

In the process of the raid, guns were pointed a pregnant Pharmacy Tech, and several elderly people, according to eye witness accounts – hardly actions that could be attributed to federal agents behaving appropriately, or in mere protection of themselves.

In the ensuing mess, there were 12 indictments and 198 charges, with the primary charge being Conspiracy to Distribute a Controlled Substance. This would be reasonable if they were doing so without a prescription, but this was not the case, prescriptions and lab work was involved. The explanation they received was that , they should have known the intent of the Doctors, and known the prescriptions were not for a reasonable medical use. When did a pharmacist’s powers become able to superseded that of a physician’s? 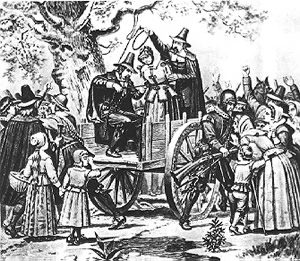 I found out through a reliable source that one of the men working the case, Inspector Eddie Braden, had a pre-existing personal issue with the owner of Applied Pharmacy, and because of this, began to harass them at every opportunity (allegedly). It is also speculated, through an inside source speaking on the condition of anonymity, that this very same person was in contact with the patent holder for Suboxone, which happens to be the only version that is allowed for the use of addiction. Something doesn’t seem right here… 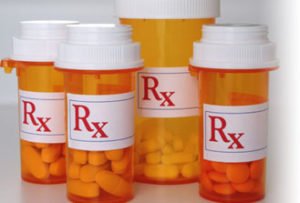 Amazingly, plea agreements were being offered before formal charges were brought up. Land of the free, huh? Innocent until proven guilty, right?

If the evidence was so damning, then why was the prosecution required to go before the Grand Jury several times before the investigators were able to cajole formal charges out of this mess? They even went as far as to send target letters to ex-employees.

Now these pharmacists can’t find jobs, nor if found not guilty, is the Government required to give them back the money they lost defending themselves this matter – or the community’s respect they lost in the process.

The protection we are afforded against this kind of injustice is almost nil. Why, in the land of the free and the home of the brave, do we allow this kind of injustice? Is it simply because some higher power wants his name in the paper or because some state employee wants a big pay day? Almost 3 years later most of these ex-Applied-Pharmacy-employees are unable to find work and struggle to support themselves, even with the aid of the owners , who have done all they can to help.

There is nothing moral or right about any of this, and my heart goes out to them all. I urge them to stay strong and the truth will prevail – we’ve already seen Albany D.A. David Soares have his (similar) case against Signature Pharmacy dismissed before trial. But the government is allowed to drag people like this through the wringer, with nothing to lose – there have been no convictions, yet most of the people involved have already lost everything.

Ponce De Leon Was Looking For The Fountain Of HGH
Winstrol - Classic Cutting Steroid
Trenbolone Enanthate
How effective are real steroids for bodybuilding: Check it Out