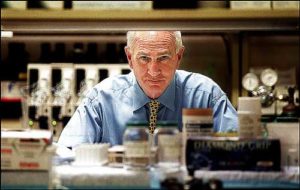 Anti-Doping Research Inc. (ADR) has been granted 501(c)(3) nonprofit status by the Internal Revenue Service (IRS). ADR was founded by famed steroid hunter Don Catlin after he retired as the long-time director of UCLA Olympic Analytical Lab. Catlin is probably best known for his discovery of the previously undetectable designer steroid tetrahydrogestrinone (THG). This set in motion a chain of events that led to the BALCO steroid scandal which implicated athletes in various elite sports.

ADR’s new status as a public charity will allow its contributors to claim a tax deduction for their donations. ADR is also developing innovative programs for athletes, organizations and the general public to get involved in the battle against doping in sport and help make a difference.

As an a public charity, ADR is largely prohibited from lobbying and campaigning in support of legislation. However, they are permitted to provide “steroid education” and fund and conduct research that supports their political stance on steroids and doping without overtly advocating specific anti-doping or legislation on performance enhancing drugs.