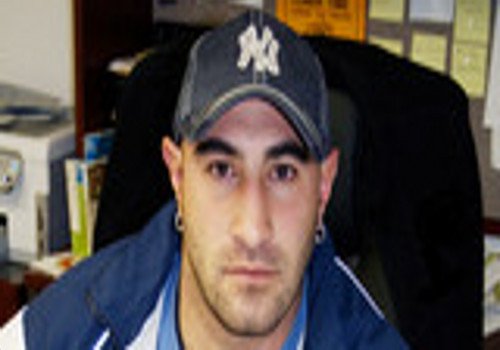 Anthony Roberts has been known for the longest time as the guru of steroid use and research, but what do we really know about him? Anthony Roberts markets himself to be an author, elite athlete and coach, counselor, and self-proclaimed steroid “expert.”  The unfortunate reality is that Anthony Roberts is not who he seems to be.

It would be easy to take him at his word, as it seems his research and studies are top-notch, but the truth speaks something entirely different. Roberts goes to great lengths to keep the truth out of the conversation.

His use of “notable” accomplishments to bring in unsuspecting customers is both sly and deceitful. It simply isn’t right to lie to your customers. We plan to “split the veil” on Anthony Roberts and make sure everyone knows who’s getting their money—and who’s feeding them some baloney! 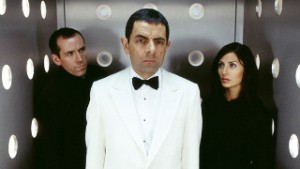 In reality, Anthony Roberts is a 30(ish) year old who used to live with his mom in Hasbrouck Heights, NJ—and his real name is Anthony Connors. His name is right here in these documents!  They come from his own website as a threat to those who might use his copyrighted material illegally.

His claims of being an “elite athlete” fall a little short of “Division I.”  Though Roberts/Connors claimed that he played Rugby at Seton Hall, it’s a little fishy because Seton Hall doesn’t have a Division I Rugby team.

He played intramural rugby — it’s the only rugby club available at the university. They actually play other “Division II” clubs in the New York area. This isn’t exactly considered an “elite” organization. We all could have joined if we had been there, like Connors/Roberts was. However, when that’s all you’ve got to go on, I guess you can pretend that you’re elite.

I guess calling himself an “elite” athlete is what he needed to sell his readers on the idea that he really knew what he was talking about. In other words, his self-promotion was false, but he did it so well that the steroid world followed along and praised him as one of the most knowledgeable on the subject. I (Tim Greenly) was actually a Division I athlete, but I would  have never gone as far as calling myself “elite”.

He did play a year in the minor leagues of New Zealand, but that’s the closest he got to the big time. He says a finger injury shortened his career, but that injury got him shipped back to America. Now he just plays on an adult team in Bayonne, New Jersey called the Bombers—again, not quite the elite circuit.

Did I mention that he also coaches?  No, not an overwhelmingly intense group of professionals. He coaches the intramural squad at King’s Point College, NY, but they are not exactly elite athletes—if you know what I mean.

Not a Genius, Counselor, or Scientist 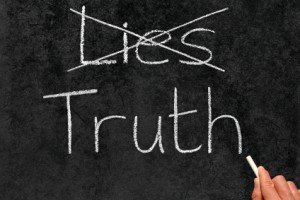 Anthony Roberts, uh, Connors—let’s just go with Connors, ok?  Anthony Connors claims to be a member of Mensa—the international society for those with an IQ in the top 2% of the world.  However, that claim is only made when he is “Anthony Roberts.” It’s kind of like he made up a James Bond-like personality.  My name’s Roberts, Anthony Roberts. Only, it’s more like Johnny English.

His academic resume as Anthony Connors never mentions this astonishing IQ. We suspect that you could talk to him yourself to find he isn’t that smart, but who wants to pay $200 an hour to see a phony counselor?  That’s right—his advice comes at the low, low price of $200 per hour.

His academic “accomplishments” also seem to run into the world of steroids and supplements. He hasn’t discovered anything of note—except for the supplement idea he stole from a guest on an online radio show.

What’s worse, he tells people to take his supplement, a testosterone booster,  for PCT (Post Cycle Therapy).  The norm would be Nolvadex or HCG. How reckless can you be?  Taking garbage for PCT will kill the muscle you just built!

If you take a look into his very well known article on iSteroids.com, he explains his idea of the “perfect” product for PCT. Now at first glance, many of the facts seem to be on par. But when we get down to it, there are things that just simply aren’t right, like taking HCG post-cycle.

It is very well known now that HCG is best used on cycle, not after. Why wouldn’t the guru have known this? Do some fact checking for yourself, here’s the first result from  a quick Google search (all of which backs up that you should use on cycle, not after).

If anything, we should call Anthony Connors “Dr. Killpatient.”  You’re going to get really jacked up taking any “pseudo-supplement” after you’ve been through a cycle.

He claims that it will work better than any prescription you could get, but it was never tested. No blood work was ever done. The effects were never recorded. Would you take a drug that had never been tested?

Anthony Connors/Roberts wants you to take his untested garbage because he wants your money. He doesn’t care what happens to you; even if you die he’s already got your cash. That’s despicable!

What Advocate and Guru? 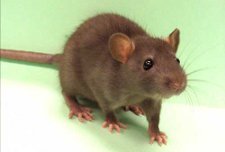 The most vile thing you can do is rat out someone who’s just doing their own thing and minding their own business. Remember when Kobe told the Colorado Police that Shaq had women on the side?  Kobe got killed in the media.

Anthony Connors snitched out a large amount of distributors who were minding their own business. However, he only published a list of dealers after they called him on his lies and deceit. He did it to save his own butt and didn’t once think of the implications of spilling someone else’s beans. That’s not the kind of thing your “advocate” does for you.

Instead of backing off of his poor advice and dangerous theories about supplement and steroid use, he published a list of dealers with their names and put them all in jeopardy.  It would have been easier to just admit that he was wrong. Sound like Kobe to you?

Connors also claims to be a “respected steroid guru and professional.” The only problem is that real scientists find his work to be disturbing. Dr. John Crisler—an osteopathic physician with “All Things Male” has said about Connors:

“There isn’t anyone who knows anything about this stuff who respects him. He has never engaged in an intelligent debate about any of the goofy ideas he comes up with. He was just thrown off M&M. Fired. Humiliated.  Sooner or later all the boards will realize what an idiot he is.”

The reality is that a licensed osteopathic physician with his own practice doesn’t trust Connors.

Put Your Trust in Him? 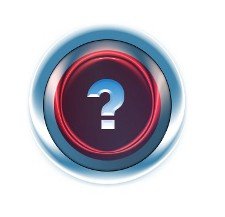 When corporations create characters to sell their product, they want you to trust them. Anthony Connors is no different. He’s created a character to gain your trust, and then abused that trust for his own personal gain.

Anthony Connors created Anthony Roberts—the genius, guru, advocate, athlete, and coach to have a nice persona to sell his products. The only problem is that Connors is not Roberts. Roberts is a fantasy.

Anthony Roberts is a nice facade, but he is no more based in reality than Godzilla or Mothra. Is it really wise to trust a man who has fabricated his resume just to sell you something?  Is that really safe for you?  Is that safe for anyone?

Buyer beware when you get close to Anthony Connors, Anthony Roberts or any other incarnation of this man. He’s dangerous and he’s not your “advocate.” If he was such an advocate, he wouldn’t point you towards one of the millions of fake steroid selling websites that exists all over the web. He wouldn’t lie about his name, his experience, or his knowledge level. He wouldn’t have to.