Another Look at Anthony Roberts

Another Look at Anthony Roberts 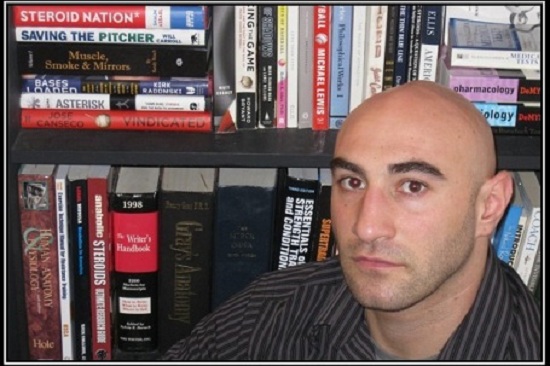 The more we look into the story of Anthony Roberts, the more skeletons we find coming out of the closet. We uncovered the sad truth of his profit from the website “RoidStore” — where he sold legal steroid alternatives with steroid names pasted on them. We also began to learn that Anthony Roberts is much more money hungry then anyone could imagine.

From Steroid Guru to Liar

For the longest time Roberts was the self-proclaimed guru of steroid research, and was the person that many inexperienced (and even some experienced) users looked to for steroid and chemical-related answers.

No one denies that he did a hell of a lot of research in a field that was pretty new and open to exploration. Unfortunately, he couldn’t handle the power that came along with it and began abusing it right and left. He used his new found reputation in the steroid world and began making money under the table in ways that were not so angelic.

Anthony has the ability to take 5% fact and add it to 95% fiction and make the incredible seem possible. But it if sounds too good to be true, it usually is! The fact of the matter is that Anthony Roberts wants your money. He would rather mislead someone new to the steroid world than set them on the right path. He thought he could get away with it and keep his reputation without it being tarnished, but now the truth about him has come out. His reputation has been destroyed, and rightfully so.

In a previous article covering the Progenex vs. Dr. Scott Connelly lawsuit, we began to learn that Roberts has even more ties that he may not be so proud of. Recently, Dr. Scott Connelly came under fire for, among other things, conspiracy to compete against Progenex, breach of fiduciary contract, and fraud. And just when Connelly’s ship was about to sink, who jumps on board in defense of Connelly and his crony Vince Andrich? None other than Anthony Roberts.

Roberts took to the forums of Bodybuilding.com in what he claimed to be an impartial opinion on the subject. In the now deleted-thread, Roberts several times provided information that until that point was not publicly known. Hmm… How would he have gotten that information unless it was fed to him? It certainly makes you think.

The big question everyone is asking is why would Roberts jump on board a sinking ship? Could it be that he is more involved in the Progenex mess than he is saying? Well, that’s just speculation at this point.

So What Does This Mean? 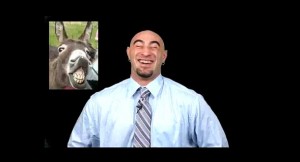 It means that right now Roberts is being named as a co-defendant the lawsuit with Progenex and a commission for his deposition is currently being sought in New Jersey. Progenex claims Anthony conspired to commit fraud and take them down for his own personal gain.

So let’s recap. Anthony has racked up the sale of fake steroids, lying about his personal achievements and making himself appear much more qualified then he was, committing fraud, and endorsing certain companies and UGL’s that lie about their products, and now there the Progenex lawsuit is looming over his head. I’d say Anthony has had his fair share of troubles.

Does Roberts sound like the type of person you would want to take any advice from? It is all pretty disappointing, because he does have some sound knowledge about steroids and no one can argue he has done some great research and has helped developed the way we use steroids today.

What is really interesting, and rather sad, is how Roberts pretends to be such an advocate to steroid users. We all know his affiliation with RoidStore, so why would he talk in an interview as though he is trying to crack down on scam steroid websites? The following quote is from his interview on hunkofbodybuilding.com:

“Anthony Roberts: Nobody gets a free pass in my book. Unfortunately that means I go after a lot of people…I go after law enforcement agents and agencies, I go after steroid gurus, I go after research chems, scam steroid sites, doctors, dealers, websites…you name it, and I go after them.”

Maybe for a second, Roberts should stop trying to play the role of hero and clean up himself before his next starring role of the steroid world’s “go-to guy.”  Now I don’t have a copy of his book, but I would be very willing to bet that Robert’s did not include RoidStore in his section on scam steroid sites.

If I were trying to raise awareness of sites that scam people out of their money by fooling them into thinking that they are purchasing real anabolic steroids,  I would put RoidStore at the top of my list. Consumers are being scammed into purchasing “safe alternatives” when they have intended to buy anabolic material.

What’s Next for Anthony Roberts?

While Anthony Roberts is off giving expert interviews touting his knowledge and slanting his stories, one is left to wonder where he’ll come out of this latest debacle. They say the cockroach will survive nuclear war, so maybe there is a chance Anthony will come through this as well.

Sure he’ll sell some books. Sure he’ll still have his listeners. But the image he’s created for himself on many of the bodybuilding forums speaks for itself. He just keeps on talking and doesn’t know when to stop. We’re just going to let Anthony dig his own hole.

It’s just sad to see such an important face in the steroid world go down like this, but thankfully now there are many other valuable and knowledgeable people to look up to and get good solid advice from.

One such expert is hormone doctor Dr. John Crisler. Here’s what he has to say about Anthony Roberts:

“There isn’t anyone who knows anything about this stuff who respects him. His MO is always the same. He has NEVER engaged in an intelligent debate about any of the goofy ideas he comes up with… He was just thrown off M&M. Fired, humiliated…. Sooner or later, ALL the Boards will realize what an idiot he is.

It’s clear I’m not the only one who shares this opinion.