The LA Times has new information surrounding Manny’s positive drug test, information which appears to draw a clearer and darker line from the player to steroids:

No trace of the medicine HCG was found in Manny Ramirez’s system at the time of his drug test, three sources with specific knowledge of the results have told The Times. It was a prescription for that drug, which is a non-steroid but banned by Major League Baseball, that led to the outfielder’s 50-game suspension for violating the league’s drug policy.

One of the sources with knowledge of the test results confirmed that the outfielder’s sample was flagged for having an unusually elevated synthetic testosterone level, more than four times that of the average male. Sources also said that MLB’s decision to move to suspend Ramirez would have happened only if the report showed a banned substance. Anti-doping experts said the absence of HCG (human chorionic gonadotropin), coupled with the league’s action, indicated that the Dodgers’ outfielder used steroids.

So while the early reports had Manny testing positive for HCG, as discussed at length here and here again, it appears that Manny only had a prescription for the drug, but it wasn’t in his system. What got him pegged was a 4:1 ratio of testosterone (determined to be of the synthetic variety) to epitestosterone. Layman’s translation: men should have a 1:1 ratio, naturally.

First, scientists have testified in other doping cases that DHEA does not raise an average person’s T-E ratio (1:1) to more than 4:1, where Ramirez’s was, the source said. Second, MLB could produce the player’s urine sample showing how much manufactured DHEA was in his system. Finally, the WADA lab conducts a Carbon Isotope Ratio (CIR) test on DHEA that identifies the level of the substance and whether it was naturally occurring or manufactured.

“We can show the difference, with DHEA [and] testosterone . . . the CIR tells us if it’s natural or doping,” [Professor Christiane] Ayotte said, again speaking generally about her lab’s procedures. “There’s no miracle in nature.”

Got that? The Man(ny) is guilty of using steroids.
Just imagine if the Yanks 2008-09 free agent signing profile was different and the Yanks wound up with Manny AND ARod on the same team at the same time? 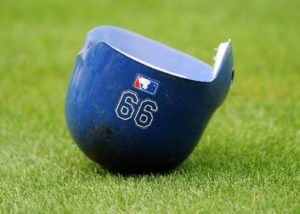