Tribulus, why do we bother?

Tribulus, why do we bother? 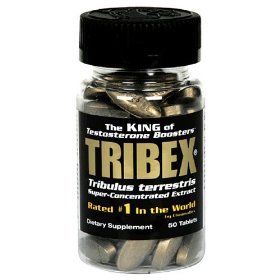 Time and time again I see people recommending the use of Tribulus for boosting testosterone. Its a shame that people somehow still believe or want to believe this compound is worth spending any money on. Since this column is about the science, let’s see what’s out there. In a study done at the Human Performance Lab in NV the researchers found that “Supplementation with tribulus does not enhance body composition or exercise performance in resistance-trained males.” (1) The Swiss Laboratory for Doping Analyses did a short term study to see if using tribulus would effect the hormone levels of athletes who compete in drug tested events. (2) What were their findings? “The short-term treatment with Tribulus terrestris showed no impact on the endogenous testosterone metabolism of the two subjects.” Now I know what you are thinking, it was only two subjects, how about something with a bigger test group. No problem. How about 22 elite male Austrailian rugby athletes, certainly that’s a good group of people to test tribulus on.(3) By now you may have guessed that the outcome was not good. Specifically they found “no between-group differences were noted in the urinary T/E ratio. It was concluded that T. terrestris did not produce the large gains in strength or lean muscle mass that many manufacturers claim can be experienced within 5-28 days.” The results also backed up the Swiss Lab syud by finding that “T. terrestris did not alter the urinary T/E ratio and would not place an athlete at risk of testing positive based on the World Anti-Doping Agency’s urinary T/E ratio limit of 4:1.” The final nail in the coffin comes in this last study done in Bulgaria. (4) Neychev and Mitev from the Department of Chemistry and Biochemistry at the Medical University in Sofia Bulgaria tested tribulus in twenty-one healthy young 20-36 years old men with body weight ranging from 60 to 125 kg. They concluded “tribulus terrestris steroid saponins possess neither direct nor indirect androgen-increasing properties.”

So what is the quick and easy take home message? If you are a man or women who wants to gain muscle, lose fat, increase testosterone or any other natural anabolic or androgenic hormones then DO NOT USE TRIBULUS!

steroids for sale online with a credit card