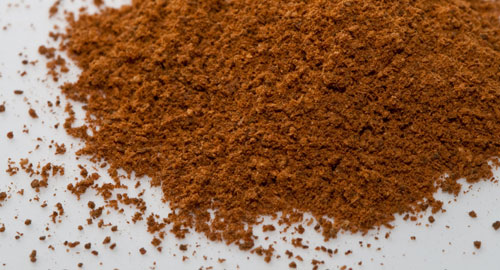 Its distinct aroma can make your mouth water, and I’d bet you have some in your spice rack right now.

Cinnamon, one of the oldest spices known to man has long been used, not just as a flavor enhancer, but also for its medicinal qualities.

Its unique healing abilities are derived from essential oils, such as cinnemaldehyde, cinnamyl acetate and cinnamyl alcohol, that come from the cinnamon tree bark.

Cinnamon is an anti-oxidant, and its essential oils have strong anti-bacterial and anti-fungal properties. It has also been used centuries over for its qualities as a sedative and pain reliever. 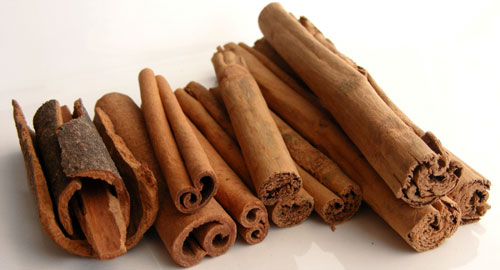 The two most popular types of cinnamon are Cassia and Ceylon.

Ceylon cinnamon, often referred to as “real cinnamon” or “true cinnamon,” is usually more expensive than Cassia and has a more delicate flavor, with hints of citrus, floral and cloves.

It is lighter in color, more brittle, and its bark coils into a single-spiraled stick (or quill). Ceylon cinnamon is the cinnamon most associated with the potential health benefits involving the regulation of blood sugar.

Cassia cinnamon varieties have a stronger, more intense and sometimes hotter flavor than Ceylon cinnamon due to an increased percentage of cinnamaldehyde — up to 5-6 percent by weight.

With its reddish brown wood-like texture, Cassia has a significantly higher amount of the blood-thinning phytochemical coumarin, which may pose a risk if consumed in substantial amounts on a regular basis.

This has led European health agencies to warn against consuming large amounts of the spice. Ceylon on the other hand contains negligible amounts of coumarin. 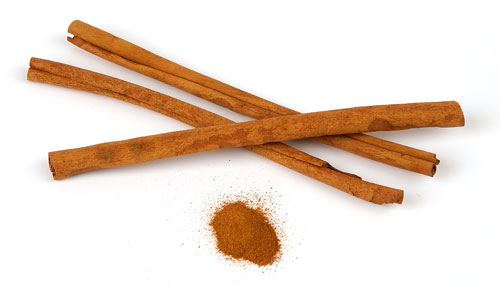 Cinnamon comes in both stick and ground form. The sticks have a longer shelf life — about one year.

While ground cinnamon powder tends to have a stronger flavor in general, its shelf life is only about 6 months. For those of you not using the spice nearly enough, this article may at least prompt you to replace your existing stash.

It’s important to note that while it’s easy to tell the difference between Cassia and Ceylon cinnamon sticks, it’s not so easy with ground cinnamon. Be a label reader to identify the source, or consider purchasing Ceylon sticks and grinding them yourself.

For the purpose of this article, the facts and home remedies below are based on the use of Ceylon cinnamon.

Help for Your Heart 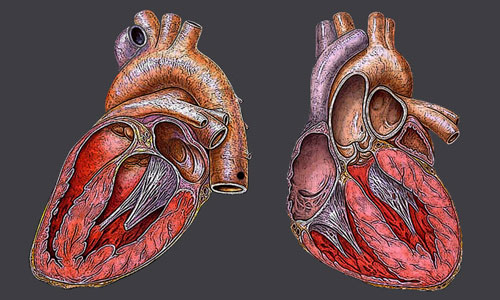 Cinnamon strengthens the cardiovascular system, shielding the body from heart-related disorders and acts as a blood-thinning agent, which increases circulation.

Because of its high levels of calcium and fiber, cinnamon also helps prevent against heart diseases, including coronary artery disease and high blood pressure.

The natural blood thinning and anti-inflammatory compounds in cinnamon have also proven to be useful in reducing the pain and inflammation associated with arthritis.

A study conducted at Copenhagen University had patients taking half a teaspoon of cinnamon powder combined with one tablespoon of honey every morning. These patients saw significant relief in their arthritis pain after only one week, and some could walk without pain within one month.

Seasoning high-carb foods with cinnamon may also lessen the “carb effects” on blood sugar, which is great news for those who struggle with diabetes.

Cinnamon slows the rate at which the stomach absorbs food, thus lessening the spike in blood sugar after eating.

A study in Diabetes Care showed that blood glucose levels were reduced by 18 to 29 percent in patients taking cinnamon capsules ranging from 1mg to 6mg daily. 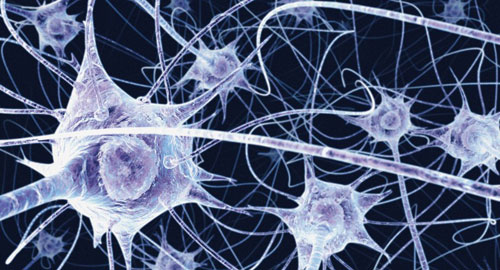 With its distinct and wonderful aroma, cinnamon also has been shown to boost brain activity.

Studies so far have been inconclusive on the effects cinnamon has on brain function and memory in the elderly, but taken in small doses, it certainly can’t hurt.

The aromatic properties of cinnamon are also beneficial to your health. It has been considered an effective aid for treating depression, anxiety and tension.

You can burn a few drops of the essential oils of cinnamon in an oil diffuser or simply put a few drops on a cloth and breathe in the aroma when these feelings set in.

Of course, cinnamon will not replace anxiety or depression medication for those who need it. However, for those days when you’re just in a funk, it might just do the trick.

For nervous tension, try taking a pinch of ground cinnamon mixed with a teaspoon of honey each night before bed.

Cinnamon has long been used for its aphrodisiac properties as well. A few drops of oil in your diffuser, or even a cinnamon-scented candle, can set the mood for a romantic evening.

Below you will find a list of home remedies using cinnamon. 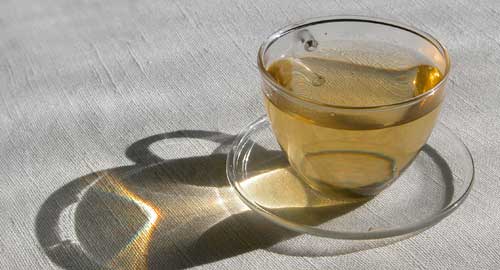 According to an article on livestrong.com, when combined with honey, cinnamon creates a thermogenic burn — meaning it burns fat and can aid in weight loss. It suggests having the following mixture twice daily.

Using Cinnamon as an Aid for Colds, Fevers and Headaches

Because of the warming properties associated with cinnamon, it has been used for centuries in traditional Chinese and Indian medicine to aid the common cold. Mix one tablespoon of lukewarm honey with 1/4 tablespoon of ground cinnamon and take daily.

This process will cure most chronic coughs and colds and aid in clearing the sinuses.

Cinnamon has long been considered a fever reducer. Boil a few sticks of cinnamon in water, filtrate and drink. It can reduce a fever in as little as two hours time.

Mix a fine paste of cinnamon and water and apply to your temples and forehead for relief of tension headaches and migraines.

For those of us who suffer from severe migraines, I can tell you that I got zero relief from this home remedy, but with its aromatic properties, it may aid in the relief of minor or tension headaches.

Sipping on hot water with a few drops of cinnamon oil provides instant relief for gas and heartburn. You can also sprinkle cinnamon in two tablespoons of honey and take prior to meals to relieve acidity and aid in digestion of food.

A simple cure for a stomach ache is to dissolve 1-1/2 tsp. ground cinnamon in 1 cup warm water, cover and let it sit for 15 minutes. Then drink the mixture as a tea.

This remedy can also ease diarrhea. Sprinkling cinnamon to any of your favorite teas — especially ginger tea — is also a great natural remedy for nausea.

It Can Help with Hygiene, Too

As an alternative to expensive facial astringents, try mixing some ground cinnamon and with lime juice and applying it to blackheads, pimples and acne spots every evening — not only will it help eliminate the acne, but it will help reduce the oil formed on your face.

Mixing ground cinnamon with warm water creates a gargle that promotes the relief of inflamed gums and bad breath. Simply gargle with the mixture twice each day.

According to the Mayo Clinic’s website, studies have shown that just 1/2 tsp. of cinnamon included in a daily diet can lower LDL (the “bad”) cholesterol, triglycerides and total cholesterol levels.

A few drops of cinnamon oil on a warm compress works wonders for relieving muscle pain, as well as menstrual cramps.

Cinnamon has been shown to increase lactation in new breastfeeding moms, and can even ease the pains of labor. If you are pregnant or lactating, consult your physician or lactation consultant on the proper dosage.

To aid in the relief of asthma symptoms, you can mix 1 tsp. honey with 1/2 tsp. cinnamon, and take it nightly.

For those of us who suffer from insomnia, try mixing 1/2 tsp. of cinnamon and 1 tsp. of honey to warm milk, and drink it before bed.

Itching from insect bites can be relieved with a paste of honey and cinnamon.

Go on and Try It 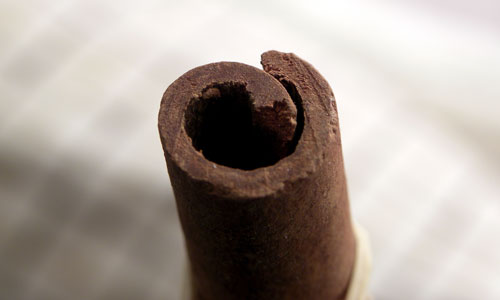 Just one gram of cinnamon contributes about a full gram of fiber to a daily diet. It also contains important minerals such as calcium, manganese and iron.

I know this may make some of you want to run out to your local mall in search of a Cinnabon to reap the benefits, but there are healthier ways to enjoy this spice.

Some great ways to incorporate more cinnamon in your diet include: sprinkling it on apple slices, oatmeal, yogurt, rice pudding or grilled pineapple. You can also add some to your coffee, tea or hot chocolate. 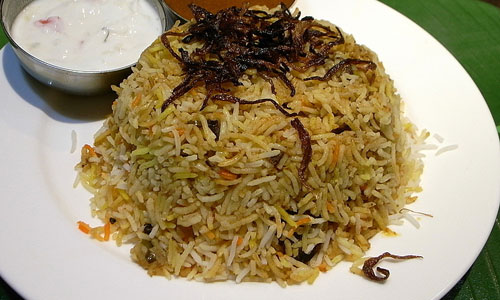 Cinnamon can also be used in your homemade treats including cookies, breads and cakes, as well as in chilies, stews, and other main dishes.

Check out the recipes below and add more cinnamon to your diet today.

Cincinnati Chili – A unique chili with cinnamon, cloves, and chocolate!