Los Angeles Angel’s manager Mike Scioscia stirred up conversation about shortening the Major League Baseball season.  According to the Orange County Register, Scioscia came up with two interesting concepts when asked about the length of the baseball season last week.

“If you went to 154 games, you would lose a lot of gate revenue. But if you blend it – cut down some games and some dates, to minimize the impact, you could tighten the schedule by a week to 10 days to accommodate an expanded division series and get the World Series done in October like it should be.”

I’m in favor of shortening the schedule even more (145 games) and including some of the stuff Scioscia referenced like cutting down some dates by scheduling more doubleheaders.  I also feel that the division series’ should be seven games as opposed to the current five-game format.

Scioscia is a member of a special committee formed by commissioner Bud Selig to look at situations such as the length of the season.  We could see a change like he referenced in the future.

The problem with baseball is that it runs into the 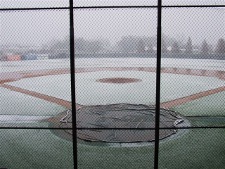 MLB has made changes to the 2011 schedule by starting the season in late March and having the regular season end in September.  This way they can have the World Series wrapped up before Halloween.

The current format has the season ending October 3, and a possible game 7 of the World Series scheduled for November 4th.  The biggest problems with this format are obviously weather related with the New York Yankees, and Philadelphia Phillies all likely playoff teams.

I can tell you from living in Upper Michigan for the first 19 years of my life that it is cold up there in late October/early November. I don’t think baseball fans are going to want to watch their favorite teams playing with long-johns, earmuffs, and Isotoners on.

The new format for next season is a temporary solution to a potential nightmare – a snowy World Series — but they could make baseball even more interesting.

If MLB went to my proposed 145-150 game season they could add more importance to getting off to a hot start after the All-Star break – immediately making games more interesting.

If you start the season the last week in March and then throw in three-to-five doubleheaders, you could end the season in early September.  Finally, to really impact my “less is more” campaign: you take less off days during the post-season. That way, you could end the World Series by the first week of October at the latest.

MLB attempts to make the post-season TV friendly by spacing out the games, but in reality it gives the team with the best two starters the advantage.  For example, when the Arizona Diamondbacks won the World Series in 2001 they got to pitch Randy Johnson and Curt Schilling four times in a seven-game series. 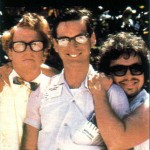 For those of you that are worried about numbers, please let it go.  The games and the times are constantly changing and in our fast-paced society no one cares to wait around until November to see who wins the World Series.

Recently the biggest controversy in sports has been the use of performance enhancing drugs by Major League ball players who messed up all of your beloved records anyways.

So you have less 20 game winners, 50 home run years, and 200 plus strikeout seasons.  Yes, long term you would see less guys winning 300 games, getting 3000 hits, and hitting 500 home runs, but we would have a better and more enjoyable product.

Not to mention 10 years into the new format you would have an entirely new criteria by which you could judge the players.

In the American League the Twins lead the Central by 8 games, the Rangers lead the West by 10 and the Yankees and Rays are jockeying for the East and wild card with a 6.5-7 game lead on the next closest team.

The National League is the only thing saving us with East and West races for the division and the wild card spot up for grabs. However, we could already be in the playoffs with the Phillies, Braves, Reds, and Padres.  Instead we are waiting another two weeks to see who makes it. I would have been happy with the four-team scenario I just set up.

If the recent Yankees/Rays series was for the American League Pennant many of us would be glued to our TVs, but its not so many of us wait for the highlights.

The recipe for success in MLB is quality, not quantity.  Find a way to give us more by giving us less and MLB will be doing everyone a favor.