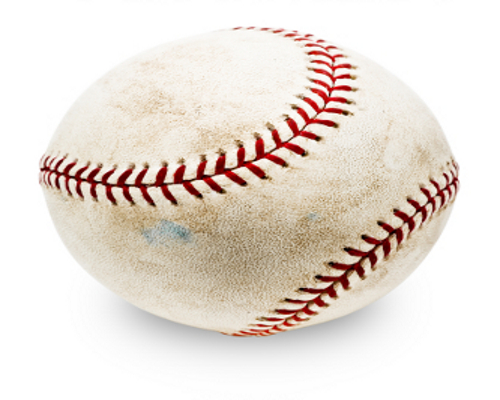 This week, Sluggers and Slugs will bring the heat like Aroldis Chapman to the most important 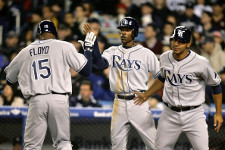 Like the previous week, my predictions were anything but accurate.  The Tampa Bay Rays have fallen 2.5 games behind the New York Yankees, the St. Louis Cardinals failed to close the gap, and the Atlanta Braves failed to increase their lead.

However, I was right about the Chicago White Sox tightening up the AL Central Race after they completed a weekend series sweep in Boston.  This puts the final dagger in any playoff hopes those whiny Sam Adams-sipping Sox fans had left.

Thanks to the dreadful play of the San Diego Padres, the NL West has opened up to a three team race.  The Padres have now lost their last 10 games.  I feel partially responsible for this because a few weeks ago I started to become a believer.  If the Los Angeles Dodgers actually had a closer this could be a four team race to the finish.

If you run into any Padres or Cardinals players, be sure to offer them the Heimlich maneuver.  If one team may actually be choking more severely than the Padres, it’s the Cardinals.  The Cards dominated the NL Central-division-leading Cincinnati Reds. However, they looked as helpless as a beached whale against teams like the Houston Astros and Washington Nationals.

Chapman gave MLB fans something to look forward to after Stephen Strasburg was lost for the season by putting together two solid outings and notching his first victory in relief.  Chapman hit up to 104mph on the radar gun and made major league hitters look foolish the way he struck them out.  I haven’t seen a lefty with stuff this good since Randy Johnson was in his prime. 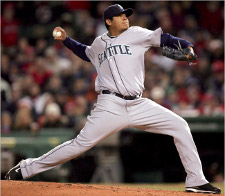 There are two guys I like for this award, the 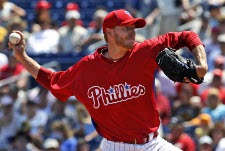 This is where things get a bit tricky with five potential candidates.  Roy Halladay,

The White Sox seem to be gearing up for another one of their incredible playoff runs by harnessing the power of the dread locks.  Manny Ramirez didn’t have a great day in the Saturday double-header against the Red Sox, but they were able to secure two 3-1 victories, with Ramirez going 3-8.

This week the White Sox get the Detroit Tigers on the road and they return home to play the Kansas City Royals. The team they are chasing in the Central, the Minnesota Twins, draws the Royals at home and then travels to Cleveland for a weekend series against the Indians.  I like the Twins the increase their lead by a game to 4.5 games with a little more than two weeks to play.

The Rays have the majority of baseball fans pulling for them to catch the Yankees in the East.  After a disappointing week things don’t get easier with a trip to Boston and then off to Toronto.  Neither of these teams are playoff bound, but they are division rivals and never let up when facing a division opponent.

The Yankees, who are getting healthier by the day, got Alex Rodriguez back from injury and have a much easier week.  They get the Baltimore Orioles at home. I know the O’s have been playing better, but for this series they have fallen in front of an almost unstoppable force when the Yanks have the postseason in their sights.

People might be asking why a trip to the AL Central leading Texas Rangers is easy.  Simple; they have played poorly, Josh Hamilton may be out with various injuries, and Cliff Lee couldn’t have won a game in the Little League World Series recently.  The Yankees will increase their 2.5 game lead in the AL East.

The Philadelphia Phillies have been playing inconsistent baseball of late.  They get the Florida Marlins at home and then make the short trip to New York for a series with the Mets.  This should lead to a solid week when playing teams that have little to play for.

The Atlanta Braves are at Pittsburgh to battle the Pirates and then face off against the Cardinals.  With the way the Cardinals have been playing this week may not be as daunting as it seems on paper. I like the Braves to keep their lead in the NL East.

The Reds have been on fire against everyone except the Cardinals.  If the Reds can win the series in Colorado they will be in great position to return home and increase their lead over the Cardinals against the woeful Pirates.

The Cardinals have a tougher week ahead of them with a trip to the boomers of the Midwest, the Milwaukee Brewers.  Then they play the Braves for a weekend series, making this look like they will only fall farther out of contention for the NL Central.

Last week I talked about the NL MVP being between Joey Votto and Albert Pujols.  This past week Votto and the Reds put their stamp on the award, and with another great week it should be Votto’s.

The Padres have been spiraling downhill rapidly and opened up things in the West race.  The Padres have another tough week ahead with series against the Dodgers and Giants.  I don’t think they can continue to lose at this torrid pace, but will fall behind the Giants of for the NL West lead by week’s end.

The Giants get the hot-hitting Arizona Diamondbacks before going to San Diego.  The Giant’s pitching staff will play the biggest part in this West race by quieting the bats of the opposing teams and hopefully starting to get some thunderous play from Aubrey Huff, Pablo Sandoval, and Buster Posey.

The Rockies have also managed to climb their way back into the race.  Both of the Rockie’s series’ are at home this week with the Reds and D-Backs coming to the mile-high city.  I like the Rockies to stay in the race and possibly move into second by early next week.

Please come back next week as I lay down the sacrifice bunt on all of the latest from around the Diamond, in Week 23 of Sluggers and Slugs.