Jason Statham’s Workout Will Transport You

Jason Statham’s Workout Will Transport You 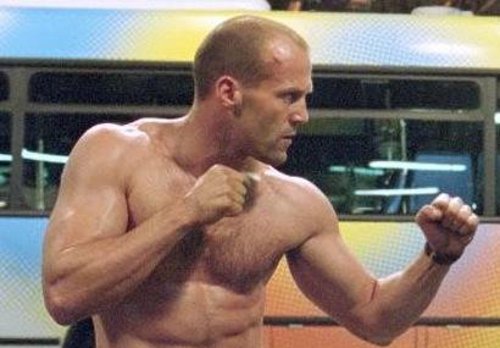 Jason Statham is best know for his turns in the Transporter movie series and as Chev Chelios in the Crank franchise.  Basically, he’s a dude who kicks ass on film for a living.

Besides the fact that he has a background in martial arts, he was an Olympic diver for the British national team, and he does all his own stunts.  He’s just a cool guy.  Who doesn’t want to at least try the workout of an actor who plays bad asses for a living?

Since Statham does all his own stunts there’s a lot of cardio combined with strength work to keep his stamina up.  It’s hard enough for an actor to be on set all day long just delivering lines, but when you have to deliver lines and fight a stunt man for hours on end, you need energy.

Statham’s workout gives him the energy he needs to make it through a shoot, and it allows him to stay in fantastic shape — even at 38 years old.  Could anybody have guessed he was near 40?

Statham Doesn’t Give #%$& About Your Diet, Sort of 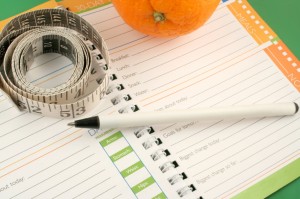 Statham has said that he never really cared about calories, and that’s still partially true.  Instead of eating everything at once, the way many of us do, he spreads his calories out over the course of the day.

No refined sugar, no refined flour, no artificial fruit juice, no alcohol.  Though that’s pretty tough it makes sense.  Anything that is processed or refined is coming with all kinds of crap that you just don’t need in your body.

The part that shows Statham still cares is his “bible” of sorts.  He writes down everything he eats.  Absolutely everything.  The quote says it best:  ”Writing everything down makes it impossible for you to muck it up.”

That even includes water.  Absolutely everything you eat has to be written somewhere so you can keep track of what you’re taking in and what you’re burning in your workouts.

Some people fancy themselves “memory whizzes” and think they can just remember everything they eat.  Statham is smarter than that.  He knows that the best way to track your eating and workouts is to write it down.

If you have a visual record of “I ate 400 calories here and I burned 700 calories there” then the math is simple.  Stressing out over trying to remember it isn’t helping.

Inject Some Fight Into Your Workout 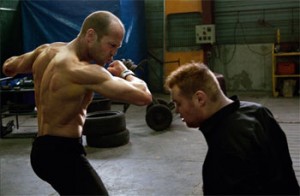 Because Statham does all his own stunts, he’s getting good workouts on set when he’s shooting.  These are the kinds of things that people never take into account when noting an actor’s routine.

Yes, he eats right.  Yes, he works his ass off.  However, he’s also an action star and spends many months on set every year.  Add to that the fact he does his own stunts and he’s busted half the time just from shooting. On some days he may not even need (or have time for) his traditional workout, but he was fighting some crazy stuntman all day.  That counts for something!

Since you probably don’t shoot action movies all the time you’re going to have to find a way to supplement your workouts the way Statham does.  He gets the supplement just as a byproduct of his job.  Firefighters, construction workers, and the like also get this supplement just by going to work.

If you don’t have an active/heavy-lifting job then you may want to put some fight in your workouts.  Take one day and don’t do your traditional routine.  Do what Statham does — fight.

Take a boxing class.  Join a boxing gym.  Take a kickboxing class.  Study martial arts.  Hang a speed bag in your basement.  Do something that requires you to get into “ass kicking mode”.  That mode raises your heart rate and pushes you to move really fast.

You’ll be sweating in no time and you’ll feel really good when you’re done.  Just imagine the speed bag or your sparring partner is that annoying guy a few cubicles down.  I’ll bet you anything you burn a hundred extra calories just imagining you’re punching out Harold from accounting.

It may sound like it’s a little too macho, but it totally makes sense.  Get your aggression out in a healthy way, and get a really good supplemental workout in the process.

Then Bust It At The Gym 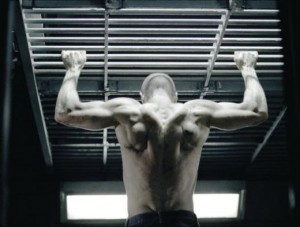 The thing that stands out about Statham’s workouts is his desire to never repeat anything.  He has a set of exercises he does, but he never does exactly the same workout from day to day. This makes things much more interesting and leaves you some leeway to add your own stuff to the routine without messing up Statham’s intentions — getting ripped in a hurry.

Just like his diet, Statham records everything so he knows what he’s putting out and what he’s taking in.  There’s never any guesswork, and it can be really interesting to see how different your workouts are from week to week or month to month.

Pick up a medicine ball that you’re comfortable with (Statham uses a 20-pounder).  Raise it up over your head and then slam it down on the floor as hard you can, but not on the good hardwoods, ok?  Complete 20 reps and move to the next exercise.

If you have access to monkey bars you can make this more interesting.  Jump from one bar to another and do a pull-up when you get to each new bar.  Complete eight pull-ups and move on.

Hold on to the pull-up and bring your knees together.  Raise your knees up to your chest and back down.  Complete 20 reps and move on.

Grab something heavy that you’re comfortable with (dumbbells, medicine ball, kettlebells) and step up onto a bench or other elevated surface.  Alternate feet and complete 20 reps.

Take this sample set of circuit exercises from Statham’s workout, add your own, and you’ll have a never ending variety of combinations to choose from.You may not be an action star, but you can work out like one.  And, who knows, maybe you’ll get discovered next!