Is He Really Over His Ex?

Is He Really Over His Ex? 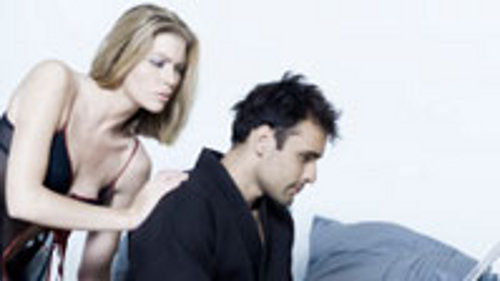 This guy seems perfect. He’s handsome, intelligent, polite, and funny. You spend time together, have great times, and your friends and family like him. Everything seems right except for one thing . . . an invisible person who is no longer in his life still somehow holds a place in his heart — his ex-girlfriend.

Sometimes the good things in a relationship are so great that they overshadow the hidden tension that we sometimes try to ignore. If you are not sure if he’s over his ex, these five factors will make it clear. 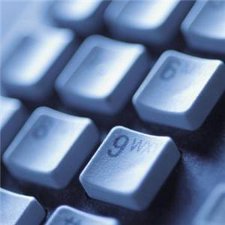 When you’re in a relationship, your lives interconnect. Your friends become each other’s friends, and you get to know each other’s families. That’s why when you break-up, it is almost impossible to erase every trace that this person was once a part of your life. But if your guy’s ex is so involved directly or indirectly in his life . . . you definitely have a problem.

Direct contact could be them meeting up for lunch every once in awhile, him hanging out with friends or at places where she “happens” to be. Obviously, if they live in the same town and do share some of the same friends, it’s bound to happen. However, the frequency of it happening and the way he may act after it does could be a sign that he isn’t ready to let go completely.

Phone calls, emails, Facebook, Twitter . . . if he’s spending an unusual amount of time talking with her, emailing her and communicating with her online — this is also a sign that he might not be over his ex. It is one thing to get the occasional “Hey how are things and so on” email once a year or maybe even every six months. But if every week he gets an email, a tweet, a Facebook message and a phone call, then you two might need to have a conversation.

Just because this is indirect contact doesn’t make it less harmful — it’s just makes it harder to detect.

I mentioned comparisons in 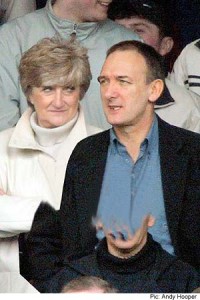 Sometimes we form bonds with the parents of the person we’re seeing. When two people break-up, it’s almost like their families break-up too. It’s one thing for your man to run into them at the grocery store or at a friend’s wedding — after all, his family may be friends with the bride and groom too. But it’s another when he’s attending Sunday dinner and his ex is there with her new boyfriend.

That’s a bit extreme, but the point is if he still maintains an uncomfortable amount of contact with his ex’s parents then that could be a sign he’s still not over it. And if he was dumped and there were hard feelings, he may be trying to stay in their good graces just in case she becomes available again.

Committing 100% of yourself to someone is difficult when you are not quite over the past. According to a study mentioned on www.dailymail.co.uk, it takes an average 17 months and 26 days to feel ready to move on after a divorce. So if you met him six months after he got out of relationship—he might need more time to heal. And if he just came out of a divorce—according to this study, he might even need longer than you think!

Ever hear someone say no one can tell you if you are in love — you just know? Well, it’s true. Falling in love is purely subjective and giving your heart to someone is your choice alone. It is quite nice when someone loves you back but if the guy you’re with is too afraid to let himself fall for you, he might not be over his ex.

If his previous relationship ended badly, he might need more time to deal with his fears and anxieties about falling in love again.

You two are having a romantic dinner while vacationing in Hawaii and he starts reminiscing about the time he and his ex went to Jamaica. Or you’re at a ball game and he starts talking about how for his birthday his ex got him season tickets.

Somehow when things are great between you, he finds a way to relate it back to his ex and remember the “good ol’ times.” This is sure sign that not only he is NOT over his ex. He is so stuck in the past, that he’s taking up residence and is collecting mail.

The “good ‘ole times” are supposed to be the moments you two are creating together right now. There are always going to be ways in which relationships overlap, but if he often brings up memories then he might not be ready to let them go. 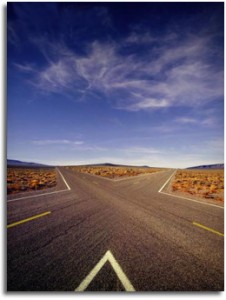 The guy you’re seeing may not be over his ex-girlfriend but that doesn’t mean he will never be. He might not be aware of all the ways he’s hanging on and you may have to bring it to his attention.

The “invisible ex” can come between two people even though there isn’t physically someone there. If he needs more time to understand his emotions, you have to ask yourself if it’s worth waiting for him or if you should move on.

Either way, at least you’ve identified the issue and brought it to his attention.