Doing the Deed on the First Date? Pros and Cons

Doing the Deed on the First Date? Pros and Cons

It might be hard for some of us to understand why men and women have sex the first time they meet, but the truth is that it happens. There’s the “college years” where rebellion and promiscuity are at their heights and then there are other random moments when two people click and decide to take the plunge upon first meeting each other.

As always, our choices bring consequences and we are all free to make our own decisions when it comes to this subject. Standing back and objectively considering both sides — here are reasons why people may or may not do the deed on the first date. 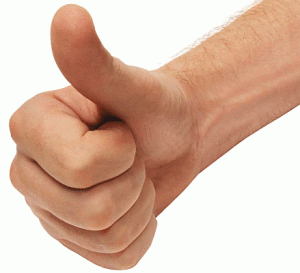 They Don’t Want a Serious Relationship

Some people have sex on the first date with the intention on making it a one-night stand. One reason for this is they might not be ready to commit to a serious relationship. They’re dating around and realize that real intimacy comes with a level of emotional attachment. To them, casual sex is just another way to satisfy one urge without getting involved to deeply.

It’s unfortunate that women who fall under this category have a stigma attached to them if they’re out “playing the field.” With men, it’s considered “sowing their wild oats.” Either way, it’s take a certain level of detachment to bounce from person to person.

Let’s Get It Over With

Having sex can put stress on both sexes and they may be worried for a number of reasons. Maybe he’s afraid she won’t be satisfied, maybe she’s afraid to bare herself in front of him — whatever the reasons, they might have sex the first time to get over their fears. Also, if they’ve been married and divorced a couple of times and are back on the market, they may know what they already want out of relationship and sex might not be the first thing on their list.

Men.webmd.com demonstrates how independence, spending time together, emotional intimacy and sex are a few key factors to a successful marriage. Perhaps having sex on the first date doesn’t bear as much weight as other things do for people who fall into this group.

Another reason why people do the deed on the first date is love at first sight. The attraction was off the charts, the chemistry was stronger than white on rice, they really hit it off — I’m sure we’ve all heard these stories. Some men and women have luck in finding love right away and sex follows very shortly after.

For every tale of a long courtship and engagement, there’s an “I met him on Thursday, two months later we were engaged and ten years later, we’re still married” story to counter it. These tales seem surreal but nowadays with internet dating, it’s possible to know a great deal about someone before you actually meet them face-to-face. And if you’re already sure that this is the person for you and the feeling is mutual, you’re already one step ahead. 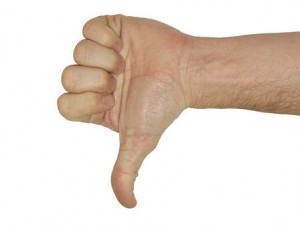 Another Notch on the Belt

The first reason why some people might not have sex the first time they meet is that they don’t want to be another notch on someone’s belt. The college years, as I mentioned earlier, are an easy time for a guy to “sow his wild oats” and a woman may be too cautious to get intimate so quickly if she’s really into him. Gossip might stop her from even going out with him if she knows that once he gets her in bed, he most likely won’t call her again.

The same can also be said for women. The character Samantha from the show Sex and the City is a perfect example of a woman with a strong sexual appetite who has many casual sex encounters. One could view the men (or women) in her life as notches on her belt. If a man is sensitive and looking for more than just sex, a woman like Samantha might be a little too impersonal for him and make him feel like he’s being used.

It’s no secret that there are risks and consequences to having sex. Pregnancy and sexually transmitted diseases can occur no matter if it’s the first, seventh or twentieth time to individuals who are not protecting themselves. Even when you are being cautious, abstinence is the only 100% effective form of birth control.

Out of all of the reasons why people don’t do the deed on the first date, this is the most important one. Getting pregnant by someone you hardly know is an extremely serious situation and the same can be said for contracting a disease. According to the American Social Health Organization, one out of four teens in the United States contracts an STD by the age of 25. While some STDs can be treated, there are a few that are incurable. Protecting yourself, no matter if you’re a man or a woman, is vital when engaging in sexual activity at any point in one’s life.

Getting To Know Each Other

Getting to know the person is a huge factor in why people wait to have sex. Not only do you have to make sure the person is not a serial killer but in the case of a pregnancy or STD, at least people will know more about each other before something serious like that happens.

Even if these things don’t occur, exploring one another’s personalities and spending time together can be important precursors to doing the deed. Sometimes a person’s intuition is at play, and women and men might want to wait for the right moment to share themselves with each other. Religious reasons can also play a factor in waiting, and if someone’s beliefs prevent them from having sex until marriage, this should be treated with the utmost respect.

For whatever reason men and women choose to either have (or not have) sex on the first date, the main message is that it is their choice. Understanding the consequences that can occur and the emotional attachments are reasons enough to wait. However, if people don’t, it is important to acknowledge that it is their decision and theirs alone!