Dating and Confused? Why She Didn’t Invite You In

Dating and Confused? Why She Didn’t Invite You In 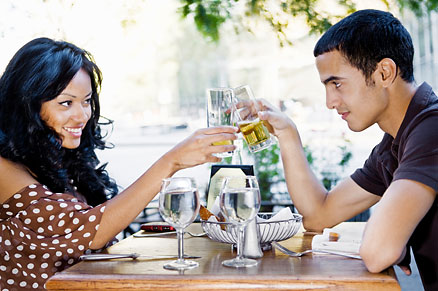 Dating can be like entering a whole different dimension — especially if you’ve been off the market for a while. Now that there’s internet dating, speed dating, etiquette, lingo, and rules of engagement. Long story short,  men and women must be educated before entering the dating realm.

Women — the more analytical of the sexes — will psychoanalyze and over analyze every single thing about a man before he even speaks his first word. That’s just the way we are.

Men on the other hand, may contemplate certain things but will focus more on the physical interaction and the way the women is acting to let them in on certain cues. If you are a guy who felt like your date was going exactly the way you wanted it and when it came time to “close the deal” (aka getting invited into her house) she didn’t ask you to come in, consider these possibilities to ease your confusion.

Maybe She Didn’t Feel the Vibe

Unfortunately, the art of being polite can sometimes be mistaken for “clicking”. If your on a date with a woman and she’s beautiful, breathtaking and your having engaging conversations and so forth, this doesn’t necessarily mean she’s feeling the same vibe as you are.

The complicated aspect about women is that what comes out of our mouths isn’t exactly the same as what we’re actually thinking. She might have already decided after you ordered the appetizer that you’d make a good buddy rather than a boyfriend. It is complicated, I am not going to say that it isn’t.

Just remember that if she doesn’t feel the vibe and doesn’t invite you in at the end of the night it makes sense. It’s a simple explanation and there aren’t any hidden messages or anything like that. You’ll just have to bite the bullet, check her off your list and move on to another potential.

Her House Was Hit By a Hurricane

It’s possible that you two hit it off but when she left the house, she had no intention of invited someone over. Two weeks of laundry is piled on the floor, dishes invade the sink, makeup is everywhere in the bathroom and her new puppy has begun to use her shoes as chewing devices. If you’ve walked her to the door and she hesitates to invite you in, it might be that she is embarrassed of her home. Especially if you’ve hit it off, she might be scared that if you see what a tornado her place is, you might think differently about her in general.

This is an instance where it isn’t about you, it’s really about her. Have some patience because if she tells you she wants to see you again, she’ll make it a point to hang out . In no time you’ll be vegging out on her couch, cuddling and watching chick flicks every Friday night. 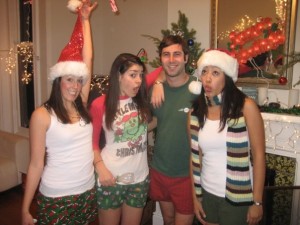 It is not uncommon to share a home with family, friends or roommates. According to a survey performed by the Pew Research Center, about 11% of all adults 18 or older live with their parents. If you are disappointed that your date didn’t invite you in, perhaps it’s because once past the front door, you would have immediately encountered her mom and dad watching reruns of Married with Children on the couch.

Or maybe she has four other roommates and doesn’t want them ruining a perfect evening. She might also be extremely private about her love life and want to spare her friends the details because they’ll probe her for a recount of the entire evening plus your relationship resume.

Again, this isn’t necessarily about you, it’s about her and how she might not be ready for you to meet everyone else in her life. It could be a sensitive subject — maybe she’s saving up enough money to finally move out from her parents’ house so she can truly be independent. Maybe meeting someone like you is that extra push into the right direction. Before you go home feeling rejected, realize that there may be a little more to the story.

She Sensed Your Disappointment and Got Turned Off

If you were unable to hide your feelings when she didn’t invite you in at the end of your date, you could have ruined your chances and any others in the future at that very moment. At dinner, she could have felt the same vibe as you and on the ride home was contemplating whether or not to take it to the next level. Once she noticed you were “expecting” something from her, she could have changed her mind.

It’s not a secret that women are aware that some men believe that if they buy them an expensive meal, they expect something in return. She could have thought you were a great guy up until that point.

Instead of pouting and shrugging your shoulders like an eight-year old, hone those acting skills and maintain composure up until you are in the car on your way home. You don’t want her watching you from her window shaking your head violently with your hand on your forehead. Gentleman, “psycho-date” is not how you want her to remember you.

She Doesn’t Want To Move Too Fast

This last reason is definitely one where, if she recently got out of a marriage or a serious relationship, she’s going to use it to protect her heart. She could really like you and even though you think she wants the night to continue, the way she feels about you could be what is stopping her.

Waiting for the right moment and spending more time with you on dates might be what she needs right now. Depending on how her previous relationships ended, time could be the best thing for her to feel comfortable to invite you in. Although inviting someone in doesn’t necessarily mean that sex will occur, it’s a huge possibility and she might be more worried about controlling herself rather than you. Stay patient — if you really like this woman then you’ll wait until she’s ready.

Good Things Come To Those Who Wait

If you are flustered, confused and wondering why she didn’t invite you in, remember it could be a number of reasons. Maybe she wasn’t as interested as you thought or she lives with her parents, grandparents or has roommates. It could also be that your reaction turned her off or maybe she truly does dig you but doesn’t want to move too fast.

Remaining patient and continuing to be a gentleman can only bring good results to the situation. Like I mentioned earlier, if it’s the instance where she just needs more time, you’ll be hanging out on her couch, eating chips and watching Dancing with the Stars in no time.