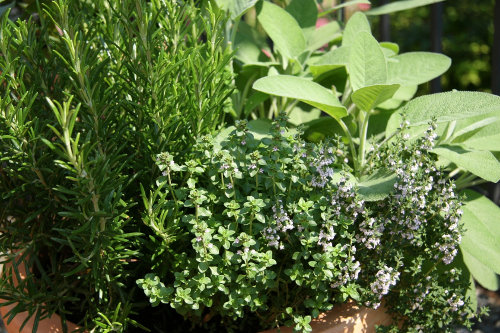 Herbs to Stimulate the Sex Drive of Men 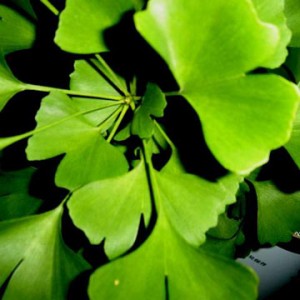 Ginkgo Biloba: This herb stimulates sex drive by improving blood circulation to the penis, working effectively to treat impotence. Gingko also alleviates some symptoms of depression, also a potential cause of impotence. In women, it increases all four levels of sexual response: excitement, desire, orgasm, and afterglow.

Siberian Ginseng: A herb which has been given its name as a marketing ploy. Siberian Ginseng is not known as a true ginseng because its main compounds include eleutherosides rather than ginsenosides (found in natural ginseng) that work to restore physical and biochemical balance in the body.

It works especially on the hypothalamus gland to alter the release of hormones. It is especially beneficial for sexually dysfunctional men, but its well-known benefits are to increase energy, which is why it is added to many energy drinks.

Herbs to Stimulate the Sex Drive of Women 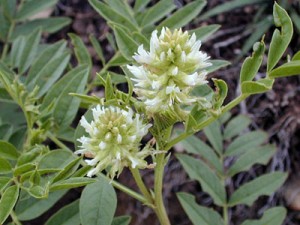 Licorice: This natural herb contains hydrocortisone, a steroid hormone that works to produce an anti-inflammatory effect. Licorice is proven to prevent the symptoms of menopause and the menstrual cycle. As a bonus, studies found that the high dose of phytoestrogens – found in a high number of foods, including licorice, seeds, nuts, fruits, berries, and vegetables, can protect damage to internal tissue from hormonal pollutants and cancer causing xenoestrogens.

Licorice helps to reduce the levels of the stress hormone, cortisone, and Breastfeeding.com stated, “Licorice may help balance hormones and improve female libido.”

Muira Puama: Grown on the Amazon River banks, the bark of Muira Puama is a well-known herb that increases female libido. It is well known as “The Viagra of the Amazon.” This herb is sold throughout Brazil for its health and sexual potency benefits.

Herbs to Stimulate the Sex Drive of Both Men and Women 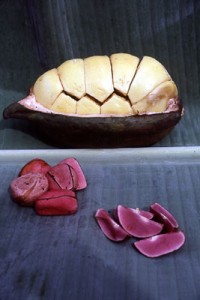 Ashwaghandha: Also known as many other names, including Indian ginseng. Ashwaghandha increases sexual energy, but in more balanced Ayurvedic way. This wonder herb boosts semen production, and combats infertility and impotence, but it has many other health inducing benefits.

Gentian: An herb that improves substantial oxygen flow, and will therefore prevent erection problems, and enhance the blood flow to the genitals in both men and women. This enhanced oxygen flow boosts every organ in the body.

Sarsaparilla: This is a delicious tasting herb used to flavor tea and other food products. Taken as a supplement or in tincture form, sarsaparilla works to support the male reproductive system by promoting healthy testosterone production. In women, sarsaparilla enhances a healthy production of progesterone.

Sarsaparilla contains steroidal saparins, which help to mimic the action of human hormones found in men and women. In women, progesterone is produced, and testosterone in men. Both are key to healthy sexual desire. Studies have also shown that sarsaparilla will enhance sexual performance.

Saw Palmetto: This herb enhances the benefits of other herbs that work to increase sexual desire in men/women. Saw palmetto contains ingredients that work on improving the growth of small female breasts, but it is also known treatment for male prostate enlargement.

When taken as an aphrodisiac, it works to treat impotence in men, and to treat reduced sexual desire in women. It also has other benefits, which includes enhancing the digestion naturally, plus it promotes a healthy appetite.

Tribulus: Especially useful for men to increase muscle strength during sports performance, tribulus is also extremely effective for people with low libido. Consume this herb if you suffer from erectile dysfunction, infertility, and low sexual desire.

Studies on the effects of tribulus on sexual health were conducted in Russia and Bulgaria, and found that tribulus increases the human hormones DHEA, estrogen, and testosterone. However, another study found that consuming regular doses of tribulus did not increase the levels of hormones in the body.

Studies on animals found that testosterone levels did increase, thereby enhancing sexual behavior, although human studies have not yet confirmed these early findings.

The first step in enhancing sexual desire is to plan ahead, so set the mood with low lighting, sexy music, and candlelight. Natural herbal supplements used to enhance sexual desire alter the chemical balance in the body, and increases hormone levels in both men and women to create the sexual response.

The herbal supplements may take a few weeks before the effects are felt, but you can make changes now by altering your diet, and increasing cardiovascular exercise to boost the flow of oxygen in the body. Exercise is the natural way of pumping fresh oxygen around the body, reaching all organs, including the genitals.

If you choose to add any of these herbs to your diet, be sure to check with your healthcare professional. Some herbs interact poorly with other medications, and you want a green light from whomever prescribed them for you. Having fun is important, but so is being safe.

I hope that you’re able to benefit from some of the herbs I’ve suggested here, so once you get the go-ahead, have a great time!