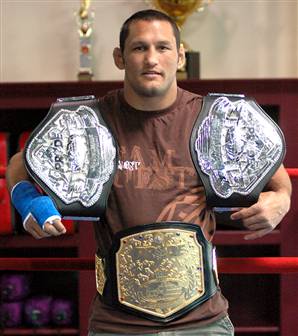 Dan Henderson, is a tremendous fighter with an amazing amount of talent. Dan was at one time an Olympic Wrestler and was the only mixed martial artist to concurrently hold two titles in two different weight classes in a major MMA promotion. 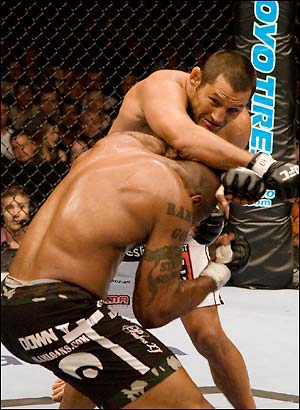 Dan Henderson could soon get a chance to work his way back to the top. According to MMAWeekley, Henderson may be up against Rousimar Palhares at UFC 88 on September 6th in Atlanta, Georgia. Palhares is now 8-1 as a pro and has made his UFC debut at UFC 84 where he defeated Ivan Salaverry via armbar and won “Submission of the night”.

Dan is a fealess competitor and I don’t seem him going anywhere soon. I fully expect him to remain in the top tier of light heavy weight fighters and may take this opportunity to work his way back up to another well deserved title shot in the UFC.