Acute Neurotoxicity after Yohimbine Ingestion by a Bodybuilder

Acute Neurotoxicity after Yohimbine Ingestion by a Bodybuilder 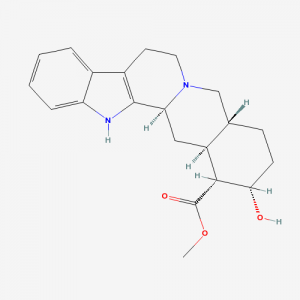 is the primary alkaloid found in the Pausinystalia yohimbe tree. It is available OTC and via prescription as a dietary supplement and as treatment for erectile dysfunction respectively. For the latter, it seems to work mostly via vasodilation of the periphery, which basically means it improves blood flow to your Dong Johnson. For the former, it works by antagonizing the alpha-2 adrenergic receptor.

To briefly explain the adrenergic system so this makes a little more sense to you, consider two receptor types: Alpha and Beta. Of these there are five subtypes: Alpha-1 and 2; and Beta-1, 2 and 3. The alpha receptors have further subsets to that (A, B and C) but that is a little too deep for the sake of this. These receptors are activated endogenously by epinephrine (EPI) and norepinephrine (NOR) with differing potencies. The simplest way to think of it is that at rest, EPI/NOR typically activate the alpha receptors. This alters signal transduction pathways, such as reducing cyclical AMP (cAMP) concentrations, inhibiting neurotransmission, relaxing smooth muscles (hence the vasodilation explained above) and generally putting the dampers on fat loss. When called for, such as during exercise, fear, or use of stimulant drugs, EPI/NOR concentrations increase and exceed a certain threshold. This switches their affinities to the beta receptors which ramps up cAMP, increases lipolysis (breakdown of fat from stores into the bloodstream), increases neurotransmission and generally increases calorie expenditure/metabolic rate. It is this that has been the basis of the stimulant fat burner for many years now.

As an alpha-2 antagonist, yohimbine prevents EPI/NOR from binding, and thus prevents the metabolic slowdown that comes with it. However yohimbine is not selective for this receptor like some available synthetic drugs. In fact, it has a bit of a shotgun effect, spraying many receptors at once, including (antagonizing) serotonin and dopamine receptors. This could be why some people do not respond well to oral yohimbine, specifically those that suffer bad anxiety from it. This effect can be worsened by the addition of a strong stimulant or synthetic beta-2 adrenergic agonists, like ephedrine or Clenbuterol. This is a silly move by some who think they are “hardcore” enough to mix the two, resulting in a significantly elevated heart rate and very high blood pressure. And in reference to silly moves, this segues nicely into the basis of this article…

Before discussing the specific case, I want to put this into perspective for all you good readers. The recommended dose for yohimbine is generally 0.2mg/kg of bodyweight, and it is also widely suggested that you start low and build up to this dose. This means that a 180lb man would eventually build-up to about 16mg per day, preferably split into smaller doses. So consider my amazement when the Journal of Clinical Toxicology throws up a new article discussing a case file of a 37 year old bodybuilder who ended up in  the hospital exhibiting malaise, vomiting, loss of consciousness, and repeated seizures after ingesting yohimbine. He scored a 3 on the Glasgow Coma Scale (which basically means comatose) and required electrical breathing apparatus. His blood pressure reading was 259/107, putting him in stage 2 hypertension, which would have been stage 4 had they not consolidated stages 3 and 4 into stage 2 recently. And in order to put the final vital sign into perspective, the normal resting heart rate for an adult is in the 60-90 beats per minute region. His heart rate was140 BPM, which is essentially like him going at 75% of his maximum heart rate on the treadmill, all while lying on a hospital bed in a state of arrest.

Did I mention that the guy took 5 grams?

Ups & Downs of Artificial Testosterone Use
Jose Canseco, The Godfather Of Steroids In The MLB Or Something Like That
Trenbolone Acetate Profile
Terry Bradshaw Used Steroids